The first Pullips were released way back in July of 2003, to celebrate Pullip’s fifteenth anniversary an event called the Pullip 15th Anniversary Dream of the Starry Sky Event was held at Yokohama Doll Museum last year. It included a month long exhibition as well as a custom doll contest where the winner was made into an actual doll release (Pullip Secret Garden of White Witch). As part of the continued celebration of Pullip’s fifteenth anniversary Groove has just recently announced the final celebration event for Pullip’s 15th Anniversary via their blog, it will be held at Hankyu Umeda Main Store 10th floor Umeda souk From Chuo Ward Park from April 10-April 16th. 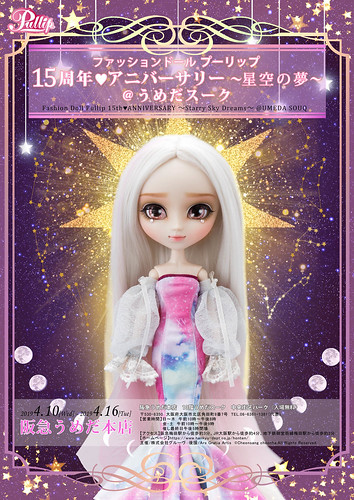 The event will feature a “Love Helm Pullip Talk Show & Sign Event” at the Pullip Exhibition Hall on April 13th with renowned doll artist Mitsubachi@BabyBee (previously featured as a part of the creator’s label line of dolls, they designed Isul MAO, Pullip Kuhn and several other dolls featured as a part of the line) as well as musician Yoko Hamasaki. Following the talk show will be an autograph session for the first thirty people in attendance to have spent over 3000 yen. There will also be exclusive items for sale at the event as well as several vendors selling Pullip products. 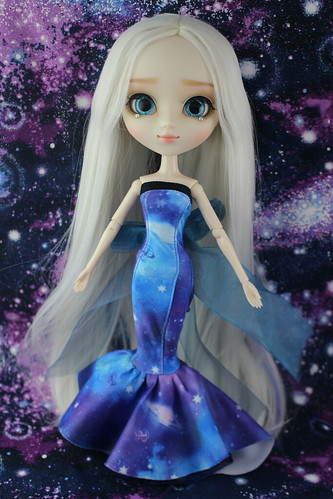 One of the things to come out of the event last year was the release of Pullip Etoile, she did end up getting a somewhat limited distribution after the event but she was a fairly limited release. This year’s poster is teasing the release of Pullip Etoile Rosette Version which is basically a pink version of Etoile, while she will not be released in time for the event there will be some type of bonus for those who preorder her at the event. She is to be released in June and will cost 20000 yen, it is not known at this time which stores will be able to offer her.

Here are some of the items you can look forward to at the event: 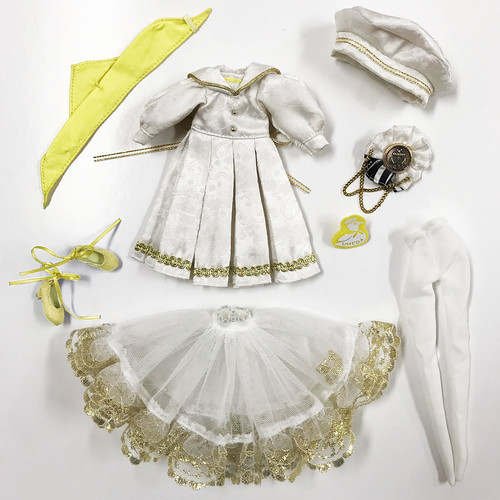 The O-830 Love My Collection Marine Dress Lolita White Version will be available for 3800 yen, this one is my favorite of this year’s outfit sets it’s a very classic design and color scheme. 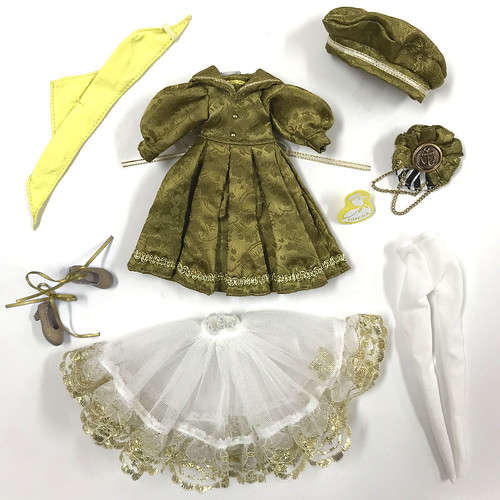 The O-829 Love My Collection Marine Dress Lolita Style Gold Version will be available for 3800 yen. While I’m quite fond of the white dress set, I’m not as big a fan of the gold dress set, the gold color just seems a bit unappealing to me I think the gold works better as an accent and is a bit garrish otherwise. 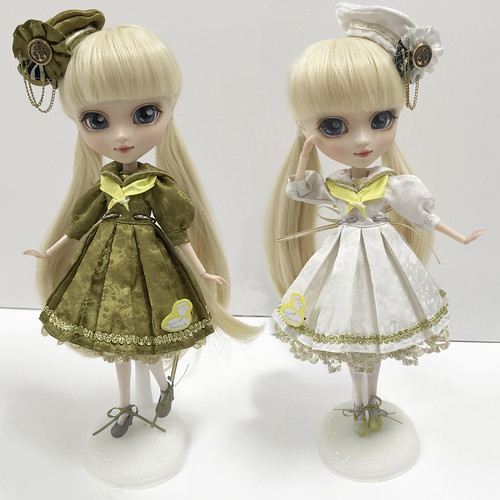 Pullip Les Secrets by Laduree makes a very cute model for both of the new outfit sets! Groove’s blog notes that these items are available as a pre-release product at the event but the similar Love My Collection dress sets were listed as such last year and a wider release never materialized for them. Last year’s marine dresses can be seen here, which is your favorite?  I will say that I was fortunate enough to get the black Love My Collection dress set last year and I was really happy with it’s quality. 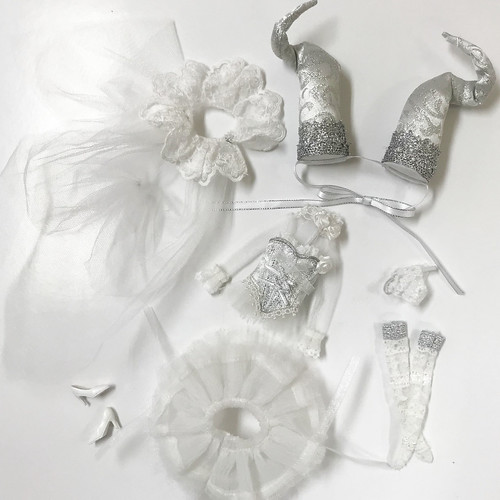 A white and silver version of Pullip Bouguetin’s stock outfit will be available for purchase at the event. The outfit set O-831 Outfit Selection Bouguetin White Version will cost 6800 yen, according to Groove’s blog it will receive a wide release at a later date and time which is I hope is true because I much prefer the clean white and silver look over the somewhat gaudy black and gold look. 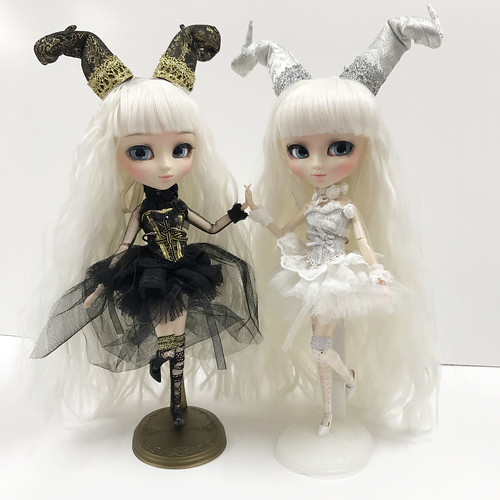 My biggest complaint about Pullip Bouguetin as a release is that she looked a bit disjointed with her dark stock outfit and combination of white wig/blue eyes, I wish the white version of the outfit was what came on the doll as it seems to suit the doll beautifully and looks like a much more cohesive, well put together design. I hope that the Pullip Bouquetin white version outfit set becomes available for wide release after the event as I would love the outfit for my own Bouguetin. 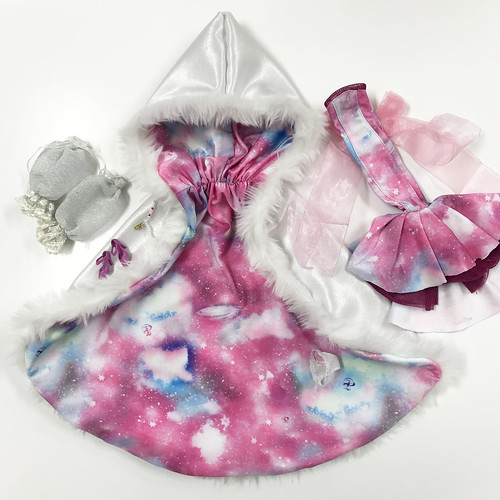 Pullip Etoile Rosette Version’s outfit will be available for purchase seperately at the event for 7400 yen, I’m a bit torn about this it’s a nice to have the option to get the outfit seperately if you want her outfit but don’t neccesarily want the doll but the price seems a bit high for just the outfit. My understanding is this outfit will only be available for purchase at this event. 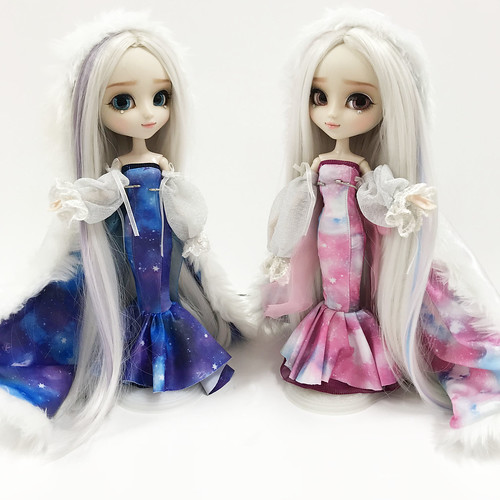 This does give us a nice first look at how Pullip Etoile Rosette Version looks alongside her predesssor Pullip Etoile who was released last year as a part of the Pullip 15th Anniversary ♥ ~ Starry Sky Dream ~ event at Yokohama Doll Museum. I love the two of them together as a pair but if I had to choose only one, I think I would still prefer the original with her more traditional galaxy print over the new version. 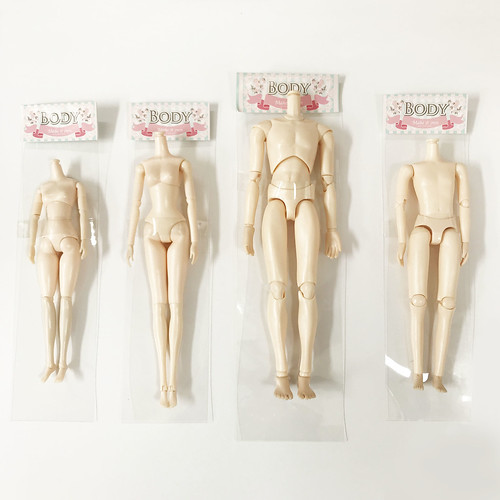 When MIO kits originally debuted there was also a run of doll bodies made which were great for replacement parts, unlike the MIO kits the sold separately bodies had never been re-released. The bodies are also being pre-released at this event and will have a wider release following the event (rumor says some time this summer).  Prices are as follow MB-006 Body DAL & Byul (natural) ¥ 2,200, MB-005 Body Pullip (natural) ¥ 2,400, MB-008 Body Taeyang (fair) ¥ 2,700 &  MB-007 Body Isul (natural) ¥ 2,400.

A large number of vendors will also be at this event including such doll artisans as Milk Revo as seen below, this is just a small sampling of some of the vendors/ware that will be available at the event you can check out the whole list of vendors and their various wares here. 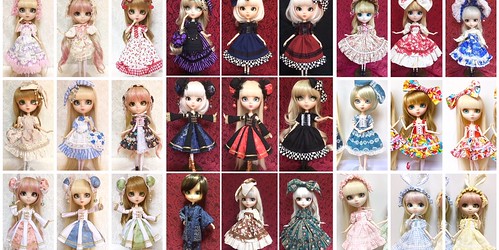