Yesterday was my birthday and much to my surprise and delight, Groove decided yesterday of all days that they were going to announce the release of one of my absolute favorite comic book villains the Joker as the newest doll in their DC Comics collaboration line. I could not have asked for a better present! Groove has been collaborating with DC Comics since 2011, they have previously released Pullips based on Harley Quinn (both a classic version and an original dress version design), Wonder Woman (both a classic version and an original dress version design), Catwoman (two variants), Batgirl (two variants), Supergirl as well as a Taeyang based on the Joker’s arch nemesis Batman!  I’m still kind of waiting and hoping on for an official Poison Ivy Pullip to be released though an Isul Robin for the clown prince of crime to menace would  be quite amusing as well.

For anyone unfamiliar with the Joker, he is Batman’s arch nemesis and the two have been at odds since when he was introduced in the comics in 1940. Traditionally the Joker’s disfigurement is caused by a dip in a vat of chemicals which causes his ghastly grin, bleached skin, green hair and ruby lips though there have been many different interpretations of his backstory over the years which is kind of fitting for a character who prefers to remember their history as multiple choice. He is such an integral part of the Batman mythos that he has appeared in several of the live-action Batman films having been portrayed by Jack Nicholson (Batman 1989), Heath Ledger (Dark Knight), Jared Leto ( Suicide Squad -ugh); I think my personal favorite portrayal of the Joker will always be Mark Hamill in the Batman Animated Series that I grew up on. The Batman Animated Series also introduced us to Harley Quinn, the Joker’s psychiatrist who fell in love with him and went quite a bit mad herself. The Joker and Harley Quinn are no longer together in the current canon comics but their relationship is still see in non-canon tales and is still important part of both of their respective lores especially Harley Quinn’s as without the Joker she would not exist.

The Joker will be released in July in Japan, which means August for us here in the states. He has a MSRP of 22000 yen which converts to $206.71 USD as of this writing.

I think Groove definitely pushed the limits on what could be achieved with a stock doll (no carving/modding), while I know he may not be everyone’s taste I think even people who are not fans of the character has to admit that he is one Groove’s most ambitious efforts to date.

Taeyang’s face sculpt has not changed in over ten years but his face up was done in such a way that his features like his smile are exaggerated , Groove has definitely managed to redefine Taeyang’s look. 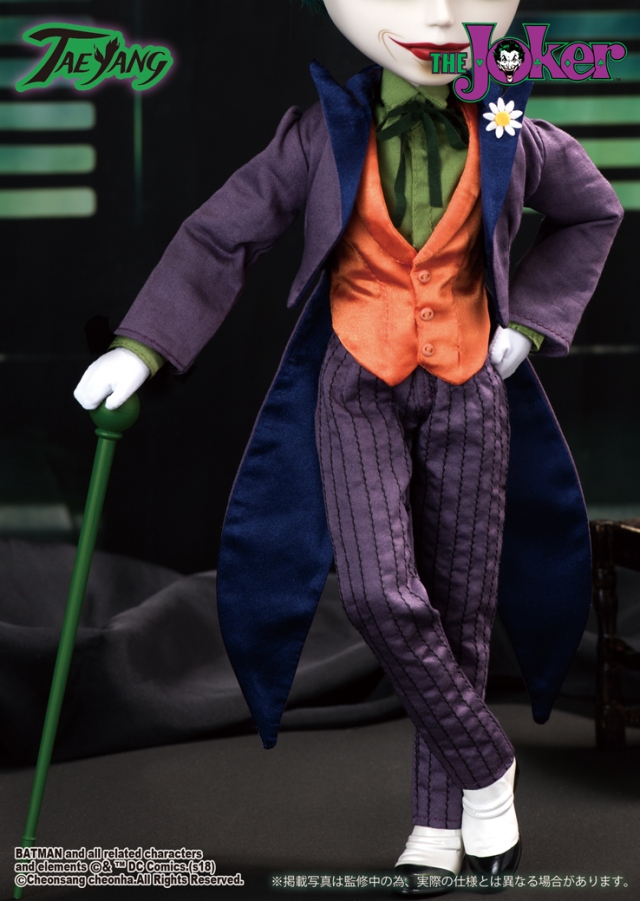 The Joker’s iconic and classic look has been recreated by Groove, he even has his spats! I’m absolutely mad for those pinstripes, we don’t Groove releases with pinstripes! I love that he even comes with his daisy boutonnière, Groove definitely paid a lot of attention to detail when they were creating him! 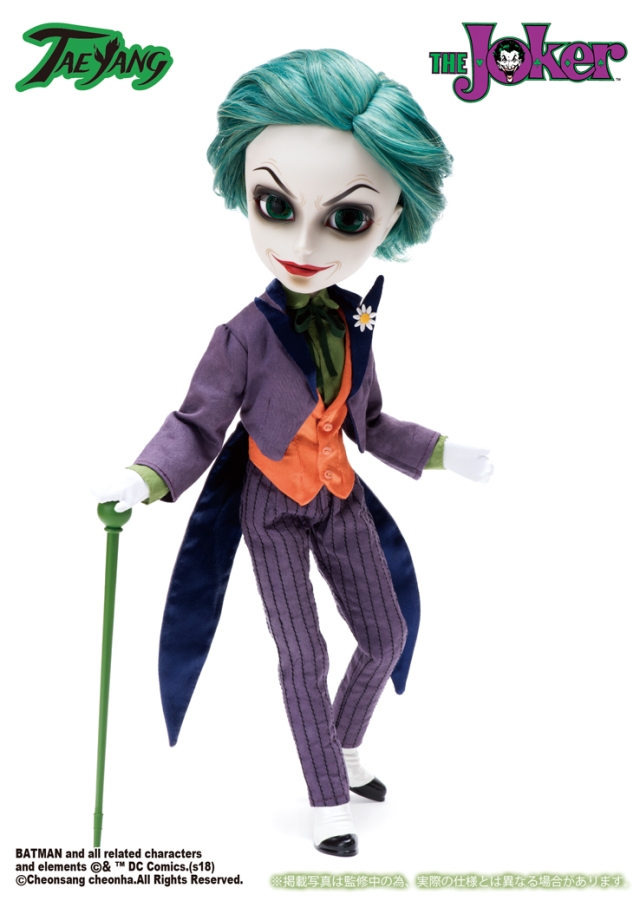 I think Groove even did a great job with choosing a wig for the Joker! 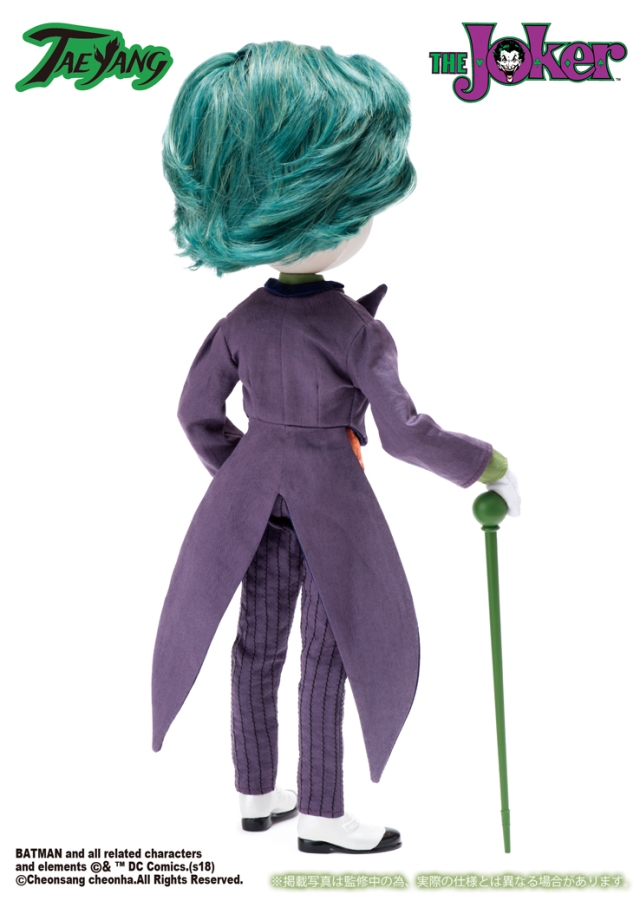 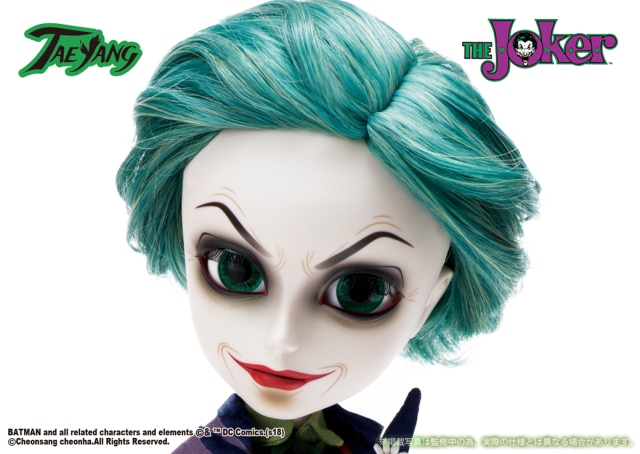 I can’t wait for the Joker to be released!