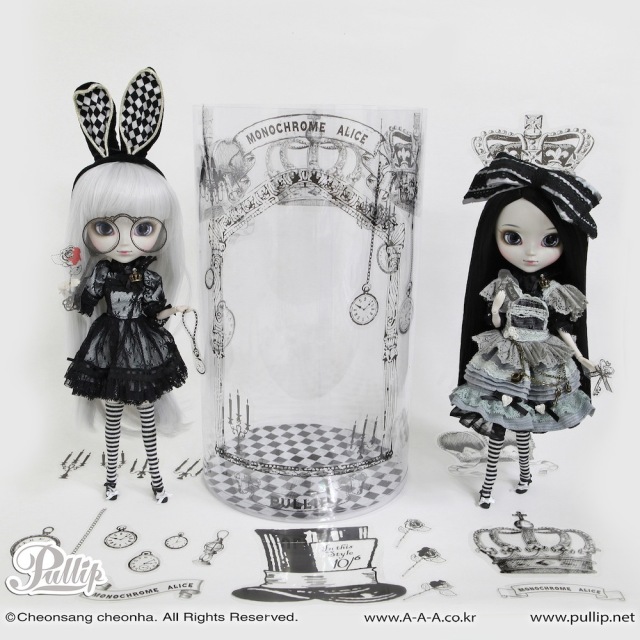 I am glad Groove posted regarding the new exclusive as I was kind of confused as to what all was coming with the doll(s) for $450. It has been confirmed that there is a sticker sheet of tattoos so you can decorate Alice and her special stage themed box yourself. Two dolls had been pictured in several photos of the listing and I was a bit confused about that they looked to be the same doll with different wigs but it was unclear if the other doll was a future release or what exactly, it has also been confirmed that it is/was the same doll the release just comes with two different wigs as well as a bunny hood. I’m kind of okay with this as if the other doll had ended up as a separate release it would have been an incredibly lazy exclusive ^^;

One other really cool thing about Groove’s post is they posted a picture of the stage/box all decorated, it really is a nice showcase!

I’m still incredibly indecisive about what I want to do and if I will be ordering her or not.