Months and months ago now, Groove had teased an upcoming collaboration series with the beloved classic shoujo manga and anime series Revolutionary Girl Utena via their blog but there had not really been any additional news about it since then.  Last night, Groove officially announced the upcoming releases of Pullips Utena Tenjo & Anthy Himemiya the two main characters of the series. It is not known at this time if this will be a continuing collaboration series like the Sailor Moon collaboration series is, where we saw literally dozens of dolls released from the series or if these two will be the only dolls released as a part of the series. I love the series so I am not sure what to hope for as much as I’d love to see dolls of characters like Touga, Nanami, Kozue, Shiori, Mikage and well the lists continues on, basically I would probably end up buying all of them and that would be a problem for my wallet not to mention the sheer amount of shelf space I would need to house all of them!

This year marks the 20th anniversary of the debut of the television series, so the timing of the Pullips’ release seems most fortuitous. This has been a great year for Utena, much to my delight it was recently announced that the series would finally be released on blu-ray in the US by Nozomi and that there would even be a special edition blu-ray box set with an art book, a rose crest ring and a black rose crest ring which I had to immediately preorder! If you are a fan of shoujo anime and you have not checked out the series yet, you really need to!

Utena and Anthy are set to be simultaneously released in December in Japan (if they are to be released in the US, they would be available one month later). The dolls are priced at 21600 yen each which is approximately $194.92 as of this writing per xe.com . Reservations will open soon via Groove’s Official Store and the pair should be available for preorder elsewhere as well. 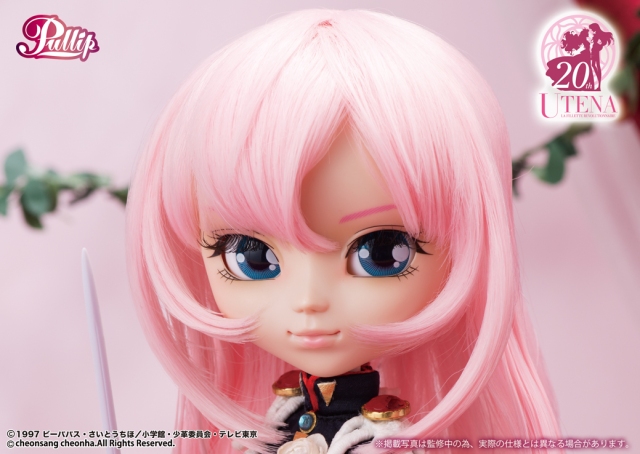 After meeting a prince at a critical point in her past has a great impact on her, Utena decides to become a prince herself.  At the start of the anime/manga Utena transfers to the Ohtori academy where she inadvertently becomes involved in the Rose Bride duels after trying to protect her friend. Utena wins the duel and becomes engaged to the Rose Bride Anthy Himemiya, she then tries to protect Anthy and to get her to open up as a person/make friends. Over the course of the series Utena and Anthy grow closer but complications arise including the student council each of the members want to win Anthy back for their own reasons, the appearance of Black Rose duelists who want to kill Anthy and replace her with a new Rose Bride (err groom?) and eventually even the End of the World. 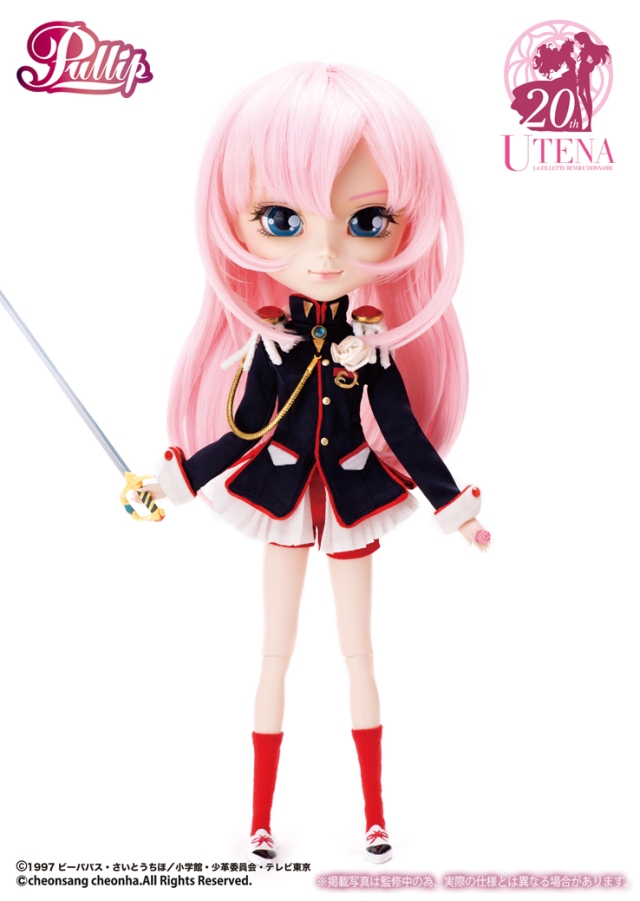 Revolutionary Girl Utena was always one of my dream Pullip collaboration series so I was overjoyed when the possibility of a collaboration series was teased, I was very eager to see how the dolls would turn out. I’m happy to say that the Pullip of Utena far exceeded any expectations I had, Groove really seems to have outdone themselves with executing Utena in doll form. Groove doesn’t always include accessories that are somewhat integral parts of collaboration characters, a lot of fans expressed disappointment for example that Dal Sailor Saturn did not come with her Silence Glaive as she is rarely seen without it in the series so it’s exclusion seems a bit strange. I was a bit worried that Groove would somehow try to release Utena without the Sword of Dios so I was incredibly happy to see that it is included, I’m even happier that they were thoughtful enough to include the duelist rose pinned on the breast of her uniform it’s one of those little things that show that great care was taken when designing these dolls.

Pullip Utena comes dressed in her modified school uniform that she wears when participating in the duels for the Rose Bride, her school uniform has been embellished with a gold aiguilette and white epaulettes as well as the addition of a white ruffled edge to her dark blue blazer. I feel Groove did an excellent job of recreating this look on a 1/6 scale though I did notice in some of the promotional photos that one leg of the shorts appear to be slightly shorter than the other but looking at the behind view photo I believe that the shorts may have been incorrectly fastened (velcro misaligned) for some of the promotional photos.

Back view of Utena.

Utena has a lovely face up, I love the stylized eye make up and the almost nude lips fit Utena’s tomboyish character really well. I really like how Groove chose to do Utena’s eyes, they are portrayed a bit strangely in the anime almost appearing to be all iris and completely lacking pupils which would have appeared odd in a Pullip so I like that this style was chosen. Overall I’m incredibly happy with this release, I honestly can’t think of any real complaints I would have about Pullip Utena she is just about perfect to me though maybe if she actually included a grippy hand for her sword

Anthy is the mysterious Rose Bride, the student council of Ohtori Academy and later others duel for her. At first it appears that Anthy just meekly does what others want her to do and that she has no free will that she just does what the winner of the Rose duels tell her to do but things are not always as they appear and in the immortal words of Miki “Miss Himemiya! I’ve misjudged you!”.

I think Groove did a good job translating Anthy into doll form, unlike Utena who had a doll made by Azone and I believe Sega previously I do not believe any other doll companies have ever attempted to make an Anthy doll before. Anthy’s Rose Bride dress is meticulously recreated, I feel like Groove did a really excellent job with the dress but I feel like they could have exuded just a bit effort when it came to her crown which seems a bit lacking compared to the rest of her outfit. I love that they even went through the effort to recreate her earrings, it’s a nice little detail.

Back view of Anthy, looking at this picture makes me wonder about how well the wig will keep it’s style over time right now in the promotional pictures at least it almost seems to be glued into place.

I love the stylized eye make up, it’s makes her appear very similar to her appearance in the anime and I really like the green eye chips they chose for her. I even think that her glasses are a reasonable approximation of how they appear in the anime series. I find myself wishing that they would not have gone with such a nude lipstick for her, I’m not saying she needs like cherry red lips to match her dress but I would have appreciated a little more color. Overall I think that Groove did a pretty good job with Anthy but I feel like Utena outshines her, maybe it is just my preference peaking through in that I’ve always loved Utena as a character but was always a little bit more on the fence with Anthy (though I loved movie!Anthy so go figure).