Groove made an interesting announcement via their blog the other day, the lolita clothing label Baby, the Stars Shine Bright will be introducing a new line of 22cm doll sized lolita clothing ideal for Pullip. In the past, Groove has frequently collaborated with Baby, the Stars Shine Bright as well as their sub-brand Alice and the Pirates to base Pullip’s outfit off of actual human sized clothing releases by them. Some of the releases from this collaboration include the Le Petit Prince series, both versions of Nella and Johan as well as My Favorite Ribbon/Chocolate Ribbon and La Robe Vert Clair/La Robe Vert Bleu. 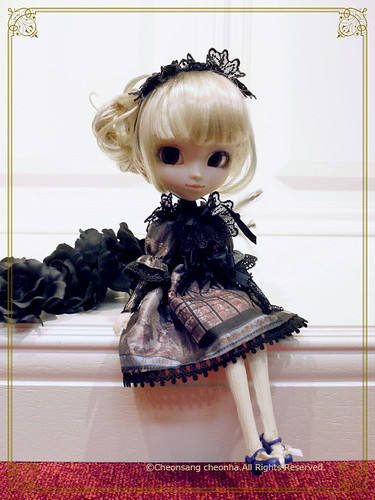 It should be noted that Pullips were used to model the fashions, it is not known at this time how well these fashions will fit other dolls in the Groove family or other doll brands such as Blythe. It should also be noted that the outfit sets are sold as a dress or blouse/jumper set as well as a decorative headdress, they do not include shoes or any sort of tights/stockings so you will likely have to finish off the outfit in your own style. 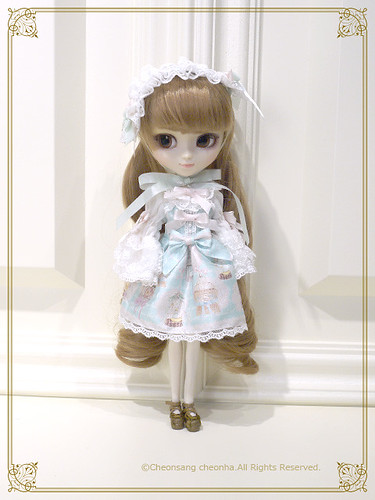 Be My Valentine~Bless from Juno and the Aria of birds~doll dress set is available in both pink and sax (light blue) versions. The set was based off of the human sized fashion of the same name released earlier this year by Baby, the Stars Shine Bright here is an archival link of it on lolibrary (Baby, the Stars Shines Bright likes to delete listings after they sell out). 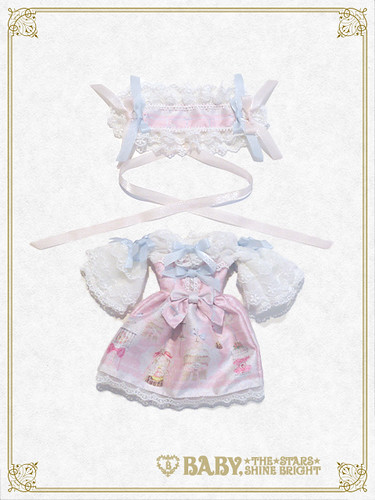 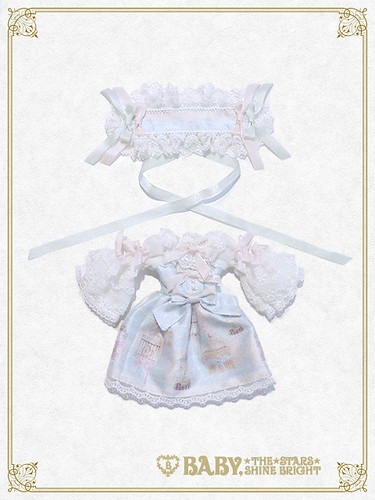 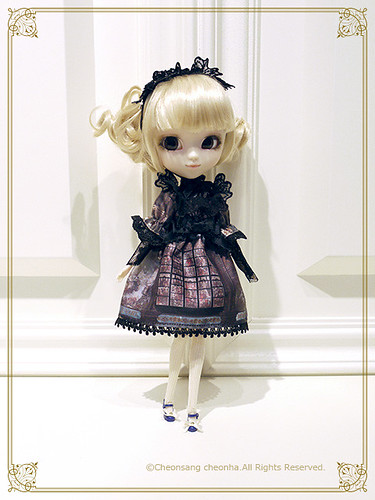 This is the La Prière ~The Glimpse of a Dream through the Glass Window~ Doll Dress Set which will be released in late May! I can’t seem to find a direct human counterpart for this dress set though it is similar to this set and looks like maybe a simplified version of it (the skirt at least looks like a more simple version closer to this ). I can’t imagine how hard it is to translate some of these fashions to such a small scale. 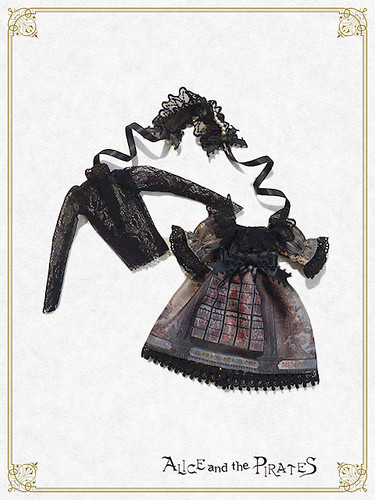 Of the outfits in the debut line, this is the one I am the most tempted by as wouldn’t this look absolutely stunning on Pullip Lunatic Queen or maybe Rose from the Petit Prince? I’m not sure I could justify the cost just for an outfit set.

Like Loading...
This entry was posted in Doll, Pullip and tagged alice and the pirates, baby the stars shine bright, Pullip, stuff for pullip. Bookmark the permalink.