Groove has officially announced the latest doll in the super popular Sailor Moon x Pullip collaboration series via their blog tonight, it’s Sailor Star Maker! Sailor Star Maker is from the final arc of the manga/anime series the three Starlights come to earth searching for their princess, they disguise themselves as a boy band during the search (in the old anime they transformed from boys to girls when they take their sailor form/in the manga they are girls that disguise themselves as boys). Sailor Star Maker’s human identity is Kou Taiki. 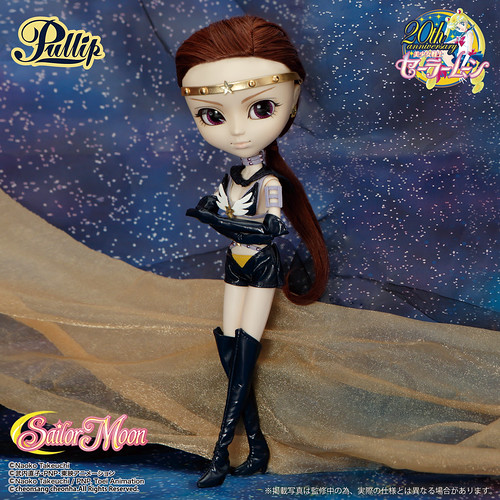 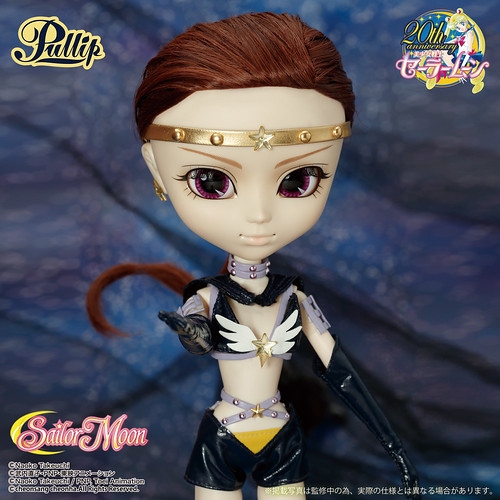 Groove did a really fantastic job transitioning Sailor Star Maker’s design into doll form, they seem to have really put a lot of effort into getting it right even the vinyl seems more fitting to the Sailor Stars character designs. I hope the outfit comes out as great as it looks in the promotional shots, it looks like a lot of effort was put into getting the details right. 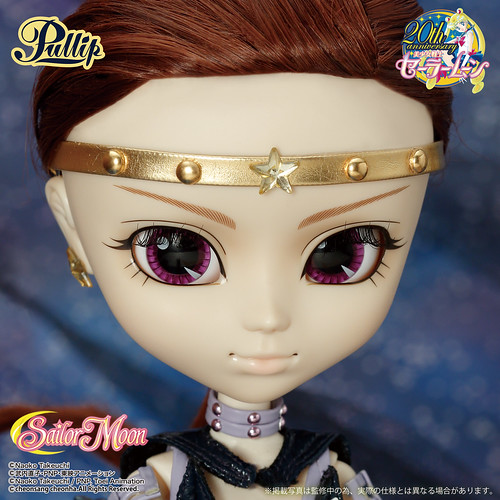 Sailor Star Maker’s face up is really nicely done, it really suits the character and I love the stylized eye make up and the almost nude lips.

Bandai once again has a bonus exclusive available only to those who preorder from them, the exclusive is Taiki’s civilian clothing. It’s a nice outfit that is very faithful to how it appears in the series but I’m not sure it quite justifies the 25000 yen price tag, it is 3000 yen more expensive than the regular edition. 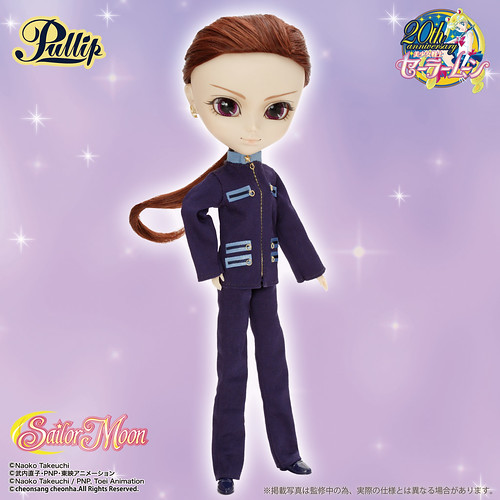 I will be be sure to update when preorder information becomes available!