My first post of the year is an exciting one! Groove has officially announced the release of the Dal in the very popular Alice in Steampunk World series via their blog.Photos of the prototype of the Steampunk Alice Dal on display have been surfacing as far back as Doll Show 43 back in May of last year, she had been spotted at a few subsequent events but no official news of her release until now! We haven’t seen many Dal releases in the past few years so every time a new one is announced it is almost a cause for celebration! 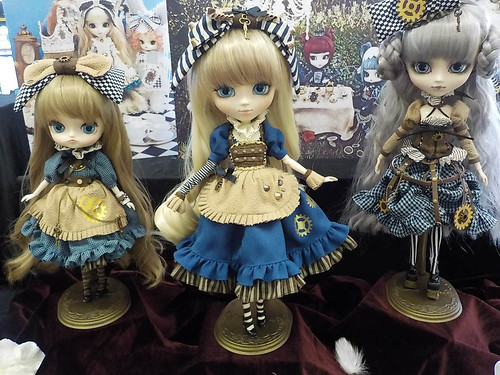 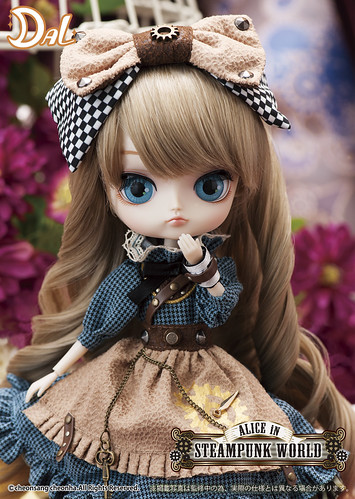 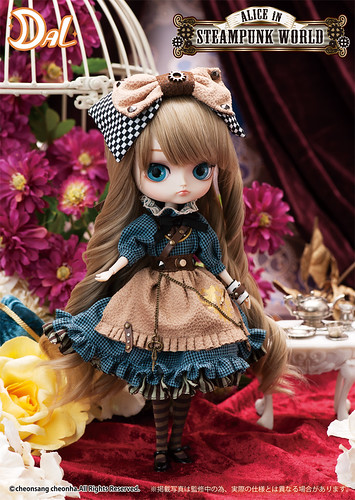 The Dal is honestly the doll that I have personally been the most excited about in this series. I think Dal is a good match for Alice as a character as Alice’s character is supposed to be pretty young and frankly if I was dropped into such a strange place as Wonderland I would probably be a bit dismayed/frowny about the situation as well. I think she is a well done and solid release. 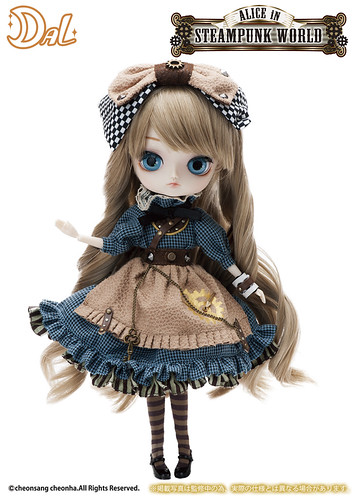 Front view of the outfit, I love all the different contrasting fabrics and patterns! The gingham print is to die for! The level of detail is also quite nice, I love all of the real metal pieces like the chain and key. 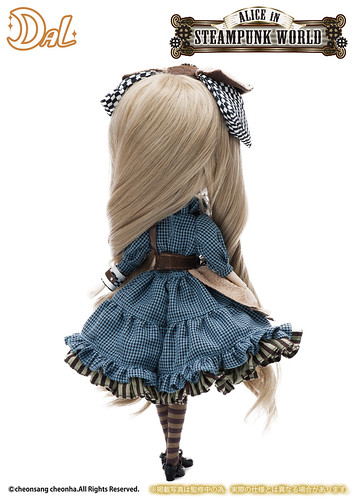 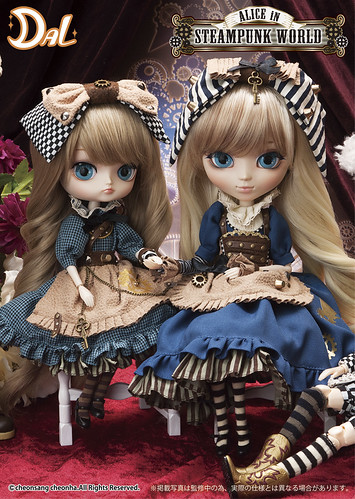 She looks very sweet next to her Pullip counterpart.

Verdict: I can’t wait until preorders open! I was very impressed with the Pullip Alice in Steampunk World when I received her so even just seeing photos again now I’m having a bit of a struggle just trying not to premptively order Mad Hatter in Steampunk World.

Bonus Round: I wonder who the Taeyang is supposed to be? I had been hoping for a really awesome and well done Steampunk Cheshire Cat Pullip release as a part of this series instead we get the Dodo, maybe? That’s my best guess. 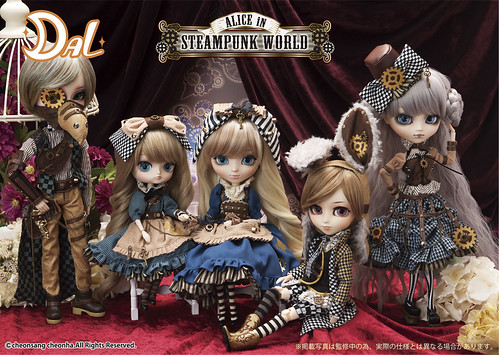