For those of you unfamiliar with the series, Sailor Uranus is one of the outer scouts that doesn’t show up until a bit later in the series. She has a relationship with Sailor Neptune in the original Japanese version the relationship was romantic but in the Americanized butchered dub they were “cousins” who were just very, very close (hilarious video evidence). 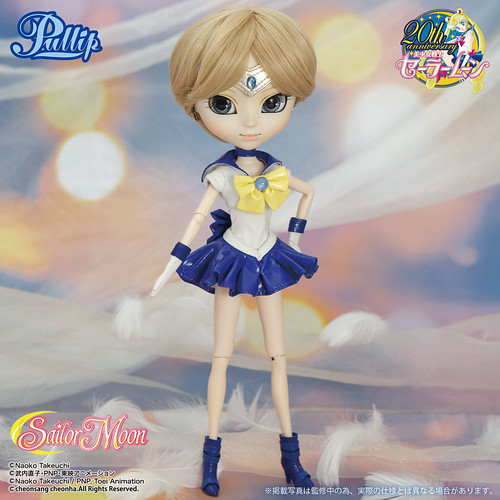 So by being invited to the new era, Sailor Uranus, brilliant success ….. feel like so 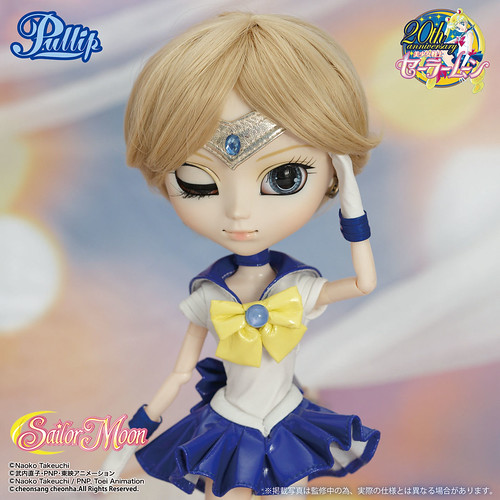 I’m very excited that Groove seems to be continuing the Sailor Moon x Pullip collaboration at least through the outer scouts. I think that the quality of the releases in the series just keeps getting better and better, the Pullip is a wonderful representation of the character. 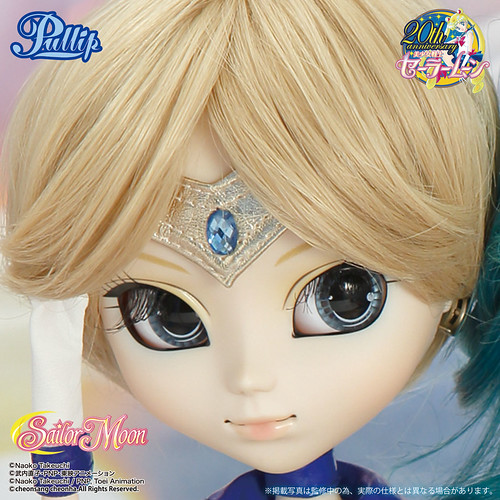 I quite like her face up, it suits her androgynous character really well. Her face up is very clean and simple but it really works for her and she would be very versatile outside of her stock look. 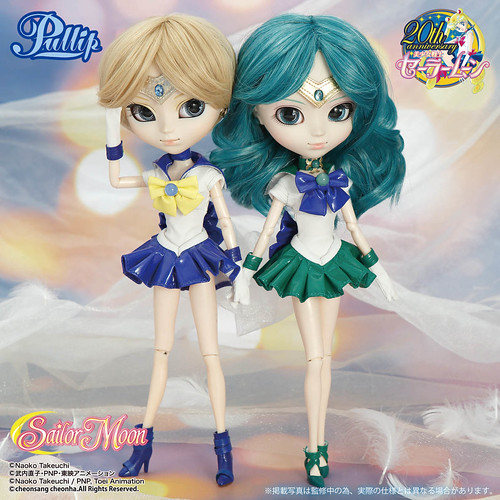 Sailor Uranus with her partner and forthcoming release Sailor Neptune, I’m going to guess that she will probably be released in July if they are already teasing us with pictures of her. They complement each other extremely well, though you really can’t have one without the other.

Bandai Shop the official shop for all things Sailor Moon is once again offering a special exclusive preorder bonus item to those who preorder from them. The exclusive bonus is Haruka’s Mugen Gakuen high school uniform. The exclusive version has a slightly higher MSRP of 20000 yen. 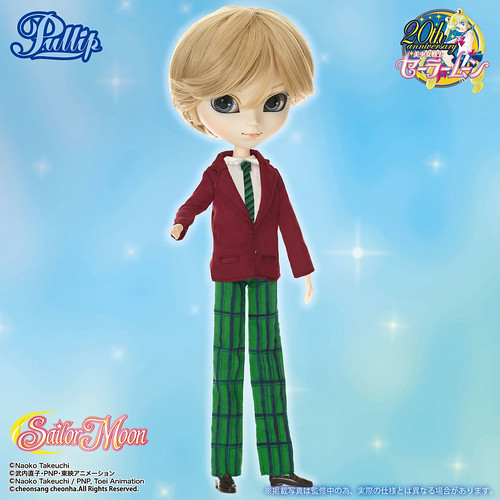 Haruka wears the boy version of the school uniform (I’m sure Sailor Neptune’s preorder item will be the girl version). It is a very faithful adaption of her school uniform unfortunately the school colors leave a bit to be desired.

I will be sure to update here when she becomes available for preorder via Pullipstyle and JPGroove.