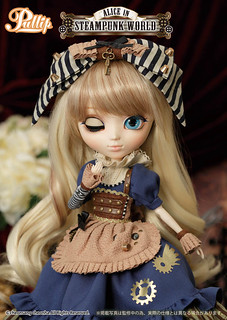 Pullip Alice in Steampunk World is now up for preorder on Pullipstyle’s site here.  She is priced at $140 and she is expected to be in stock towards the end of July. 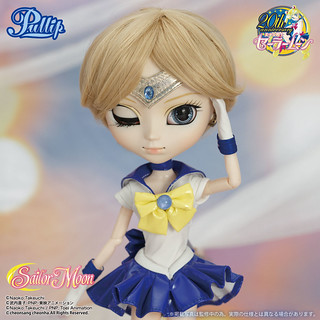 Pullip Sailor Uranus is also up for preorder on Pullipstyle’s site here. She is priced at $135 and is also expected to be in stock towards the end of July as well. 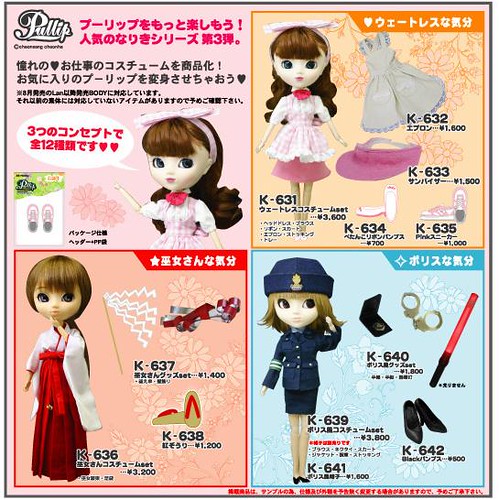 Pullipstyle announced via their facebook page yesterday that they would be starting a new reward campaign. Orders with three or more full-sized dolls ( full-sized dolls include Pullip/Dal/Byul/Taeyang/Isul does not include MIO kits/Sasha/Pang-ju/J-doll) will receive one of three older Jun Planning outfit sets free! The outfit you receive is random but the three available options are shrine maiden, police or waitress. The outfit sets are designed for type 2/3 Pullips so they are tad loose on the newer type 4 Pullips but they still look pretty cute. I don’t have the police uniform myself yet but I do have the shrine maiden outfit set as well as the waitress outfit set, since they are not that commonly seen these days I figured I should include a couple of pictures of my dolls modeling the outfit sets. 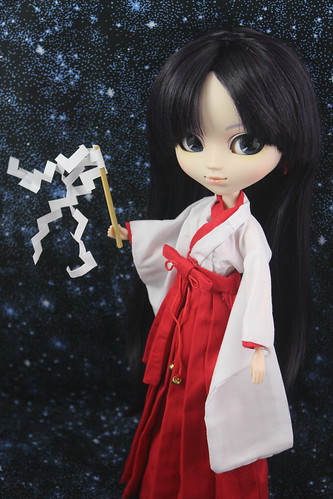 Pullip Sailor Mars models the shrine maiden outfit which is all too perfect for her as her civilian identity Rei Hino is a shrine maiden. 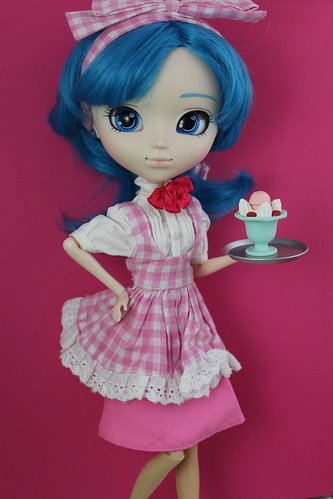 I’ll be sure to add photos of the police outfit set as soon as possible.