Much to my surprise and delight, the rumored releases of Rozen Maiden Pullips Souseiseki & Suiseiseki were confirmed last night. I happened to check Pullipstyle last night as I was curious if the preorders for Taeyang Tuxedo Mask had opened or not (they have, he can be ordered here) and I found preorder listings for Suiseiseki and Souseiseki as well despite the fact that Groove has not even announced their release yet via their blog. I will be sure to update the information once Groove releases information on the pair. 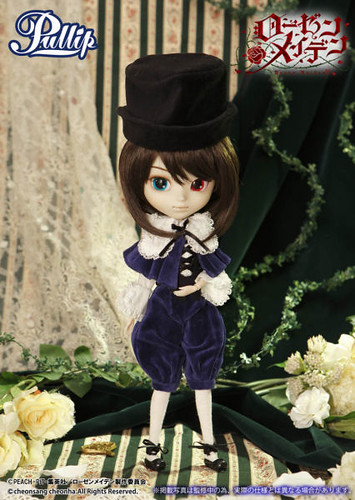 Good to meet you, Are you my master? I’m SOUSEISEKI, the Forth Rozen Maiden dolls….Feel Like So. 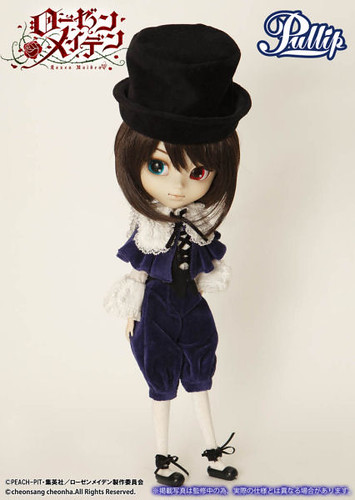 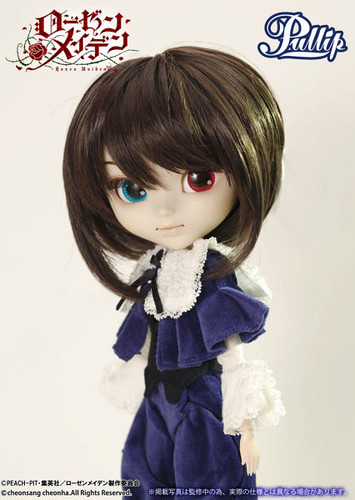 The outfit has been faithfully recreated but as a whole doll Souseiseki seems to fall a bit flat. 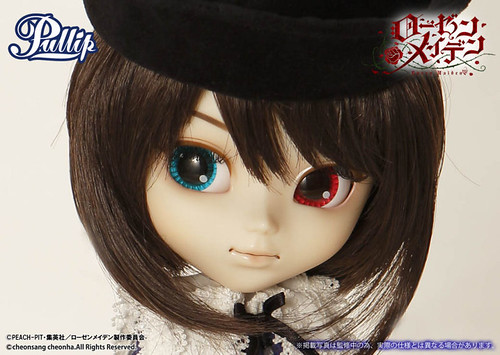 The style of the face up is nice but I am really not a  fan of the olive tone of her face up. I think the intention was to have a very neutral colored face up to emphasis her as tomboy but it makes her look a bit sickly to me; I do not think the lackluster shade of brown they chose for Souseiseki’s hair helped with the sickly impression. While Souseiseki is supposed to have mismatched eyes, one eye is supposed to be red and the other green…  that eye looks blue to me. 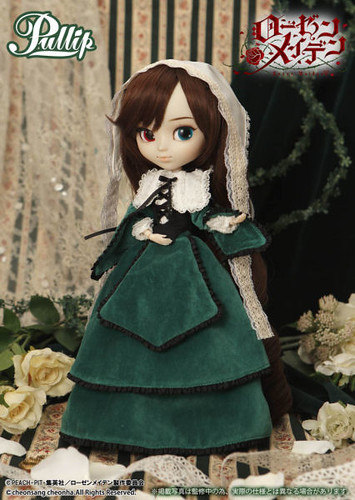 Woo, Woo…. Seems to be in time somehow… The Third Rozen Maiden ”SUISEISEKI” come to see….Feel Like So. 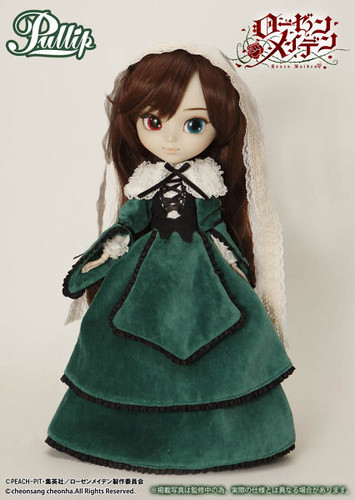 Suiseiseki’s stock looks to be well-made and of nice quality, it looks much more luxurious than the original’s stock. The original release of Suiseiseki included her watering can as an accessory, the new version does not in general the new series of Rozen Maiden x Pullip dolls seem to be kind of lacking in the accessory department. 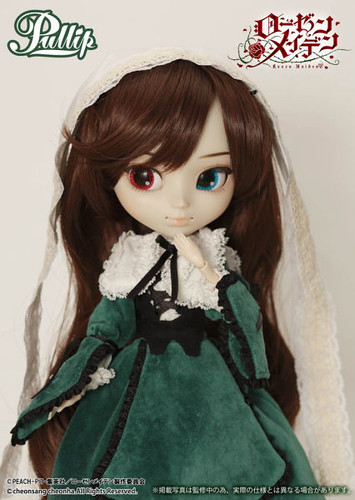 I feel like Groove did a decent job translating her design into doll form, she is a very pretty doll but I don’t feel like she has as much personality as the original release. 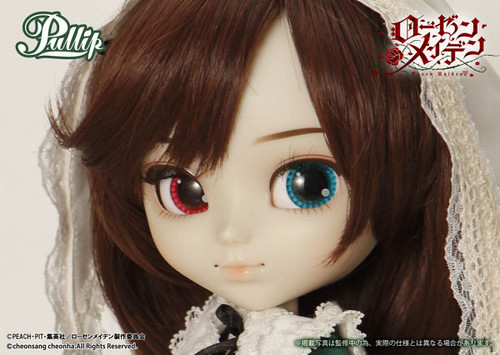 I like Suiseiseki’s face up more than I like Souseiseki’s. The brown tones in her face up are a much warmer and appealing, I really like her peachy lips. Again Groove doesn’t have quite have the eye colors correct (her odd eye should be green not blue).

Verdict: I think Suiseiseki is much more tempting, though I suppose I can’t have one without the other. I really hope we get to see better promo photos of these two before they are released!