Groove just announced details via their blog about the release of the latest doll in the Sailor Moon x Pullip collaboration- Sailor Jupiter. Sailor Jupiter is the final member of the inner senshi to be released in doll form. Jupiter is set for a January release in Japan, so we will not get her in the US until February. She has a MSRP of 16000 yen. As we have seen previously with the other dolls in this collaboration series, Bandai’s shop once again has an exclusive version of Sailor Jupiter that comes with her school uniform as a bonus item the exclusive version is priced at 19000 yen and is available exclusively through Bandai’s shop here. 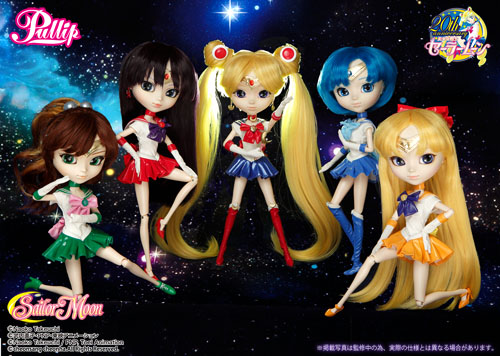 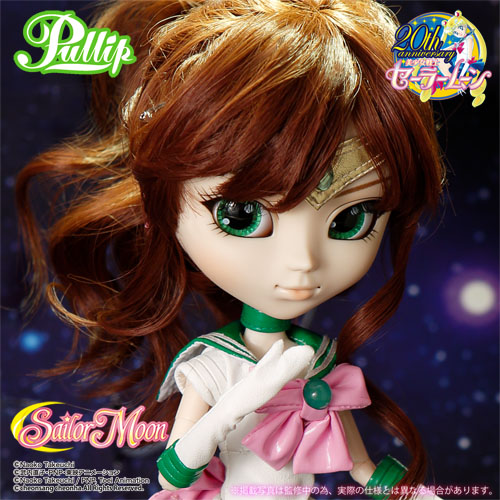 Sailor Jupiter’s design translated very nicely into doll form, Groove did a great job on her. 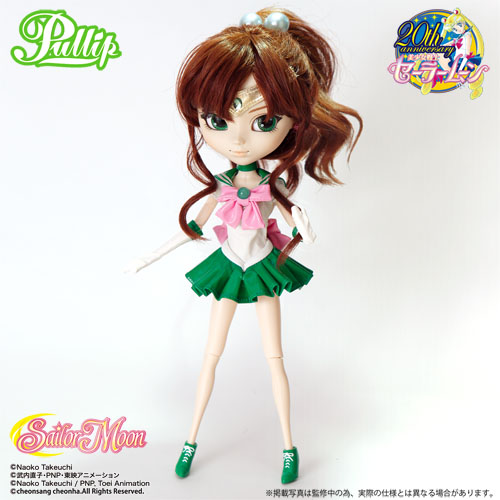 Sailor Jupiter is faithfully recreated from her lovely rose earrings to her ankle boots, she even has the correct type of hair accessory it’s really impressive the attention to detail that Groove has put into the Sailor Moon x Pullip collaboration series of dolls. 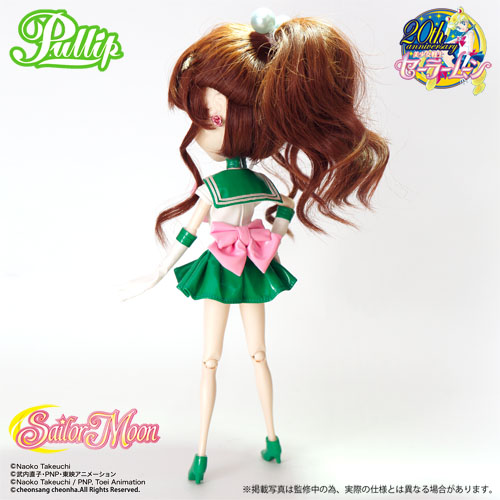 Though I do approve of the color choice, the wig worries me slightly if it looks a bit wild on the prototype hopefully it’s more manageable on the released doll. 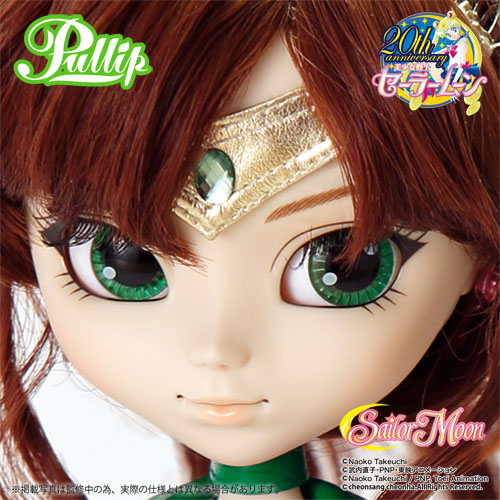 She has a simple yet really nice face up, I love her green eyes and her strong eyebrows. 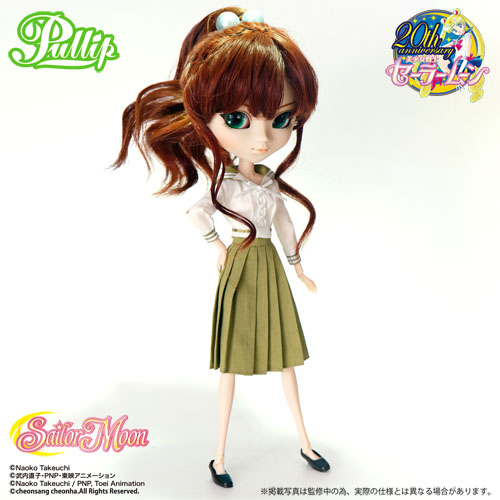 Bandai shop’s exclusive bonus version of Sailor Jupiter comes with her school uniform. In the series she attended the same school as the other girls but because she is so tall the school did not have a uniform large enough to fit her so she continued to wear her uniform from her previous school until the girls all went to high school together. The uniform is cute and it is faithfully reproduced but it’s a lot of extra hoops to jump through just for it not to mention the extra cost.

I will update this page when Sailor Jupiter’s preorders go live!