Late last night official Sailor Moon site  announced Pullip Sailor Venus as the third doll to be released in the Sailor Moon collaboration line of dolls. Groove then confirmed the announcement via their blog this morning. No idea why they chose to go out of order (Sailor Venus was the last inner senshi found though she had been active as Sailor V long before any of the others) but I’m not going to complain as Sailor Venus was always my favorite inner senshi and she looks fantastic. The dolls in this line just seem to be getting better and better with each release. 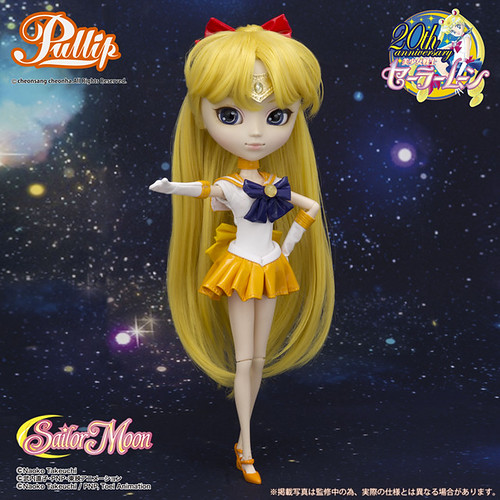 No details have been released yet about release date or price. Also no word on what the Bandai shop exclusive version will have as an exclusive though at this point I’m going to assume it’s going to be a small Artemis plush (Sailor Moon did come with Luna). Sailor Venus will be on display at Doll Show 41 on September 15th. As soon as more details/photos become available I will be sure to keep everyone updated.