There are only six days left to sign up for Dalicious, the Dal only photo contest hosted by the Dolly Market forum. Though the contest is hosted by Dolly Market, the contest is open to anyone and everyone who owns a Dal that wants to compete. To enter please send the following information to Dalicious@dollymarket.net

Forum Name: (or other preferred name if not on the forum)
Dals Name:
Dals Age:
Fun Fact About Your Dal:

A 200×200 picture of your Dal contestant is also required to be put on the contestants page. It would also be nice if you included what Dal you are entering ie.  what model Coco etc but it is not required. Signs up run through until September 15th, the contest will begin on September 20th and goes all the way through October 25th.

Of course there are some very fabulous prizes for Dalicious! JPGroove has very generously donated two Dals to be used as prizes for Dalicious. The two Dals are the sixth anniversary Jouet and Tina from the Chinese Ghost Story series. The winner of Dalicious will receive their choice of the two Dals and the second place winner will receive the other Dal, there are lots of other great prizes available too such as a mini Dal that Pullipstyle is donating. 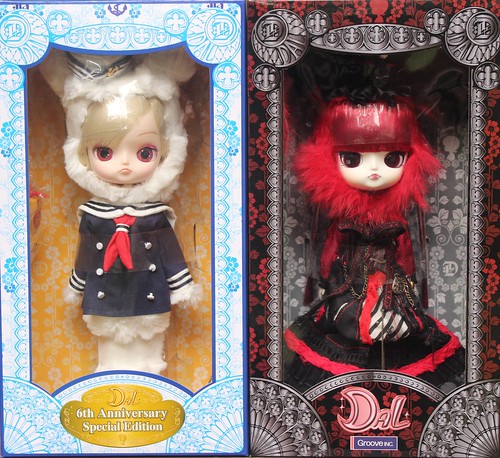 Though I have competed in the past, I will not be competing this round instead I will be one of the judges. JPGroove sent me the prize Dals so I could announce them as prizes and I will ship the dolls out to the winners at my own expense at the conclusion of the contest (priority within the US, first class international).