Dal Galla is the first truly ballet themed Dal released, there was another Dal called Milch that was released previously but she always seemed more like an angel than a ballerina. Galla’s appearance ie. outfit/styling is based off of Kitri’s from the Don Quixote ballet. I previously practiced ballet myself for several years so I tend to be drawn to ballet themed dolls even though I no longer do ballet myself. Galla was released in April of 2012 and had a MSRP of 12000 yen.

Galla had been on my wishlist for quite some time but I tend to prioritize the purchase of Pullips over any of the other dolls in the line and it took me a while to get my hands on her even though I loved her ballet theme. I recently spotted a pretty good deal on her and… well good deals have a way of making me re-examine my priorities. 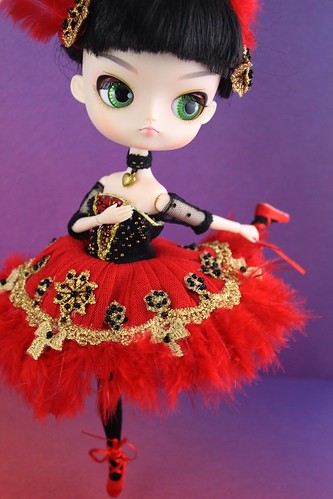 I bought Galla used off of the secondhand market, unfortunately that means I can not offer any box photos. I’m not done yet there is further misfortune and folly she did not include all her accessories, while I knew she would not be coming with her fans I had been told that she would include both of her braided accessories I only received one of the two which meant the one is now rendered pretty pointless ^^; . 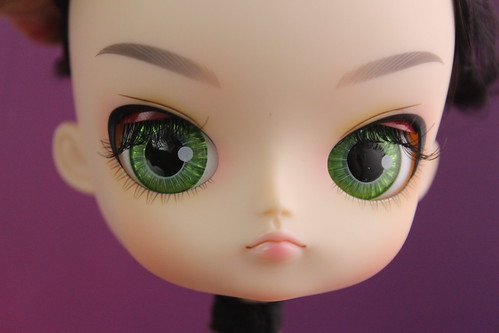 Galla has a nice face up. I think she has the strongest eyebrows that I have ever seen on a Dal, that isn’t really a complaint I think they suit her wonderfully. Her eye make up is really nicely done, I love her lower eyelashes. Her lips are an almost nude shade of pink. Her green eyes are absolutely exceptional, I love how candy apple green they are and that they have just a little bit of foiling behind them to really make them pop with her otherwise very dramatic coloring. 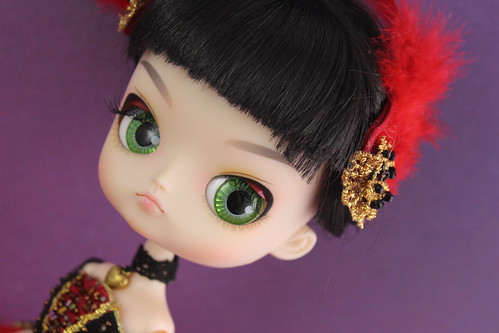 My one real complaint about Galla is her bangs, I really prefer dolls that have bangs versus not and I know Groove has a tendency to leave bangs so long that they pretty much require a trim but I hate that Galla’s bangs are so short. They expose her eyebrows way too much for my taste. 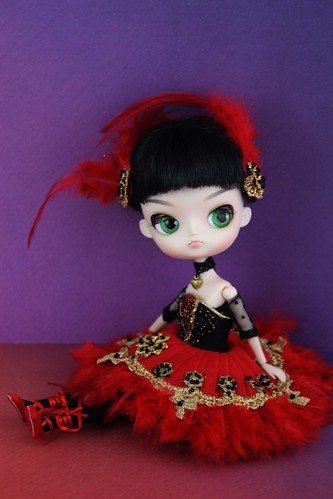 Quality of the stock outfit? Overall the quality of her stock is really nice, her tutu is very detailed and as well as on the bodice. I love her little ballet shoes, they are so precious though tying something that tiny if they become unlaced can be a bit of a pain. My only other complaint about her stock is her tiny heart choker, the heart fell off pretty easily

. The one braided hair accessory I did receive did seem to be a reasonably good quality, I apologize about neglecting to photograph it but it was just the one and she looked very silly with just the one in ^^;.

It should be noted that the feathers on her tutu, hair accessories and presumably her fan as well do appear to be genuine. If you are opposed to dolls that use fur/animal byproducts in their stock you may want to take this into consideration before deciding if you wish to add her to your doll family or not. 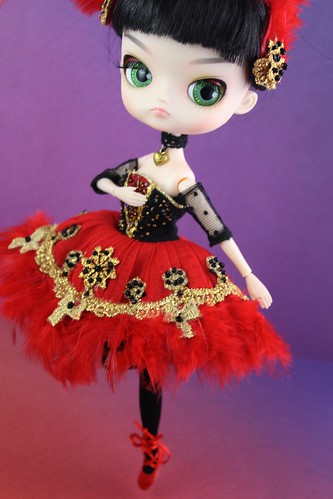 I was not feeling very creative when I named her so I chose to name her Kitri after the character in the Don Quixote whose appearance she is based on. 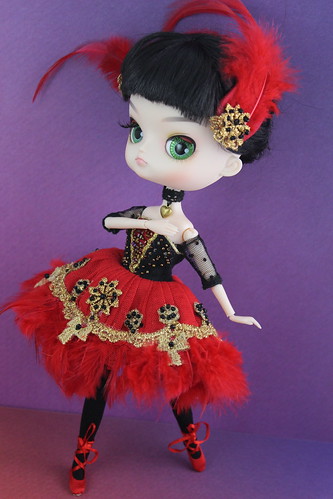 Fortunately for me and my sanity, I got extremely lucky with Galla’s body it was really tight/not floppy at all so I was able to bend it to my will. I was able to get some appropriate ballet poses out of her though some of the poses still took quite of bit of time, effort and not to mention a little bit of luck. 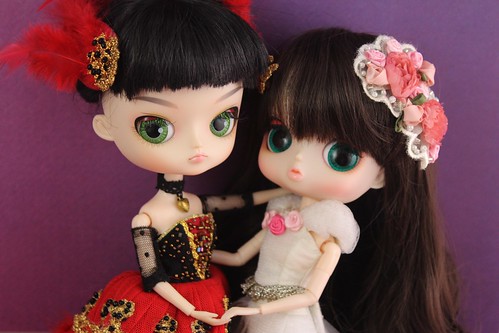 Dal Galla with fellow ballerina Byul Fata. Galla seems to have much more of a dramatic personality than her super sweet Byul friend Fata. 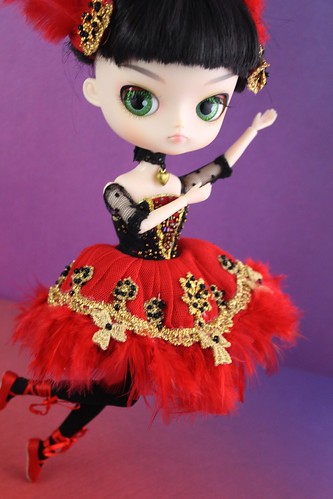 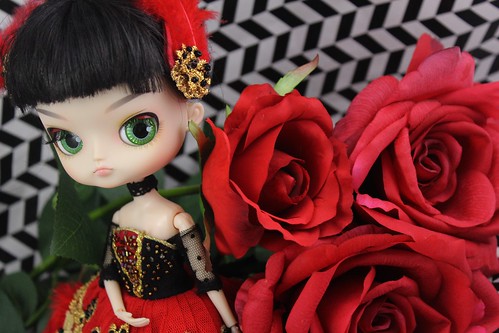 Well time for me and Galla to take a bow!

Like Loading...
This entry was posted in Dal, Doll and tagged byul, Dal, fata, galla. Bookmark the permalink.