Groove announced Pullip Camilla via their blog earlier this morning. Carmilla isn’t just any vampire, she is the queen of the vampires. She is very appropriately scheduled for an October release so she will be out just in time for Halloween in Japan anyway… unfortunately we in the US will not being getting her until roughly a month later. She has a MSRP of 16000 yen 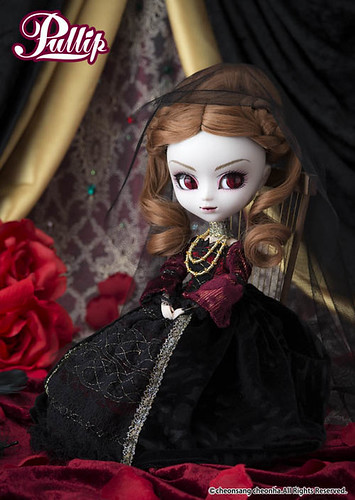 My mind, the smell of your blood who love the darkness of the jet-black. Let’s continue wandering forever feel like so. 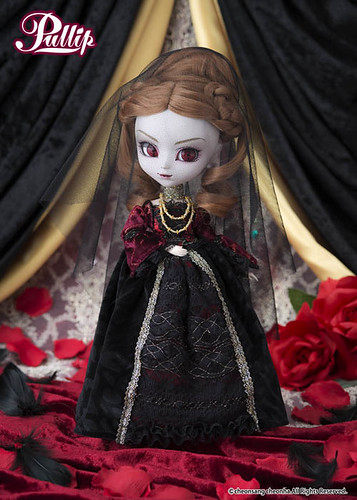 Carmilla is a very striking release, I love her bold color palette. 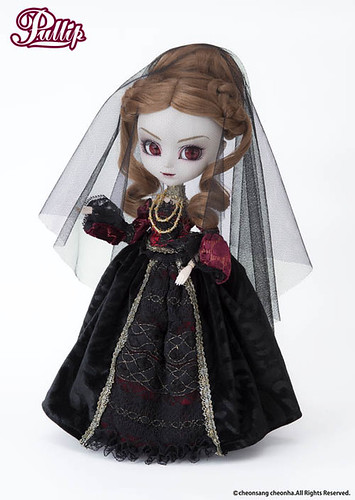 Her stock looks to be nice quality. The color scheme of red, black with touches of gold suits her as a vampire wonderfully. Parts of her dress appear to be made of patterned velvet, it provides a really nice contrast to all the lace bits. I am truly curious what sort of shoes she comes with as they were not shown in any of the promo photos, I’m guessing by the absence of photos that they probably weren’t that interesting or unique (probably the Lala shoe mold in black/red). 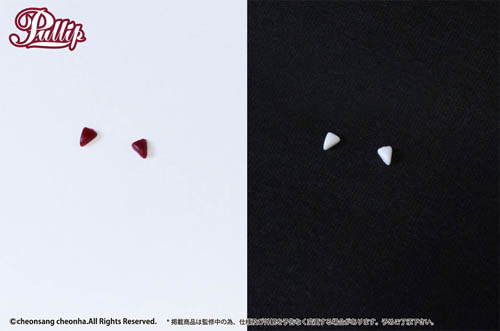 She comes with two sets of stick-on vampire fangs one normal and one bloody. I’m really not the biggest fan of this gimmick but is still better than the alternative of simply painting the fangs on. Honestly the entire exposed vampire teeth without the mouth being open kind of bothers me as it’s like anatomically impossible, I understand why Groove and other doll companies do it but I don’t have to like it. 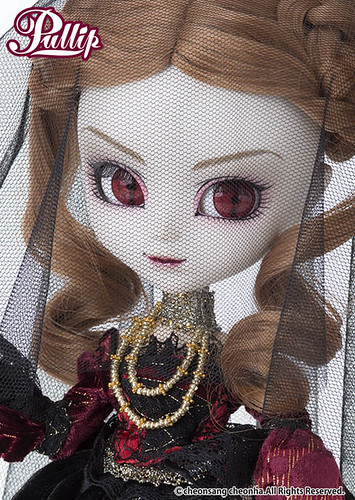 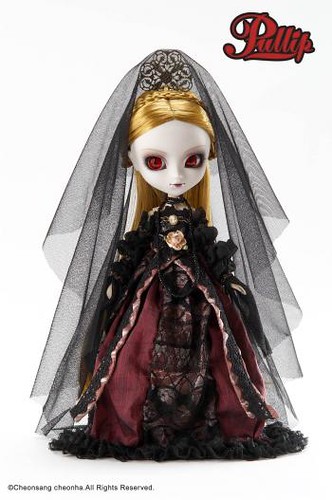 Oh, that’s right Groove released Pullip Elisabeth about five years ago. She also had a vampire theme and well the end result is pretty similar they both had fairly elaborate dresses and veils, almost the same color scheme and appear to even have the same eye chips. 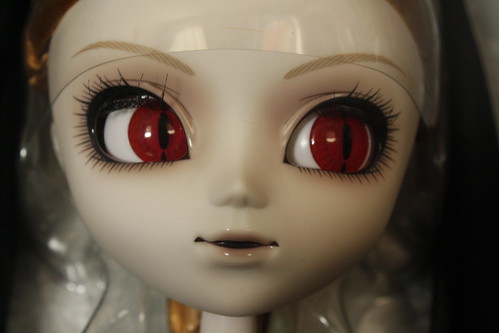 Close up of the face up of the original Pullip Elisabeth, the face ups are actually pretty different while the lip style is pretty similar Elisabeth’s lips are almost devoid of color while Camilla’s lips almost seem to be dripping with blood. The eye make up and eyebrows are completely different on both dolls.

Is there a lot of pent up demand for vampires/Elisabeth that I was somehow unaware of? 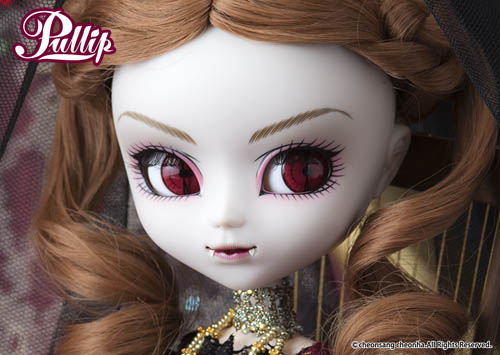 I actually really do like Carmilla’s face up and I feel like she would have been a really popular release if Elisabeth hadn’t already been released. 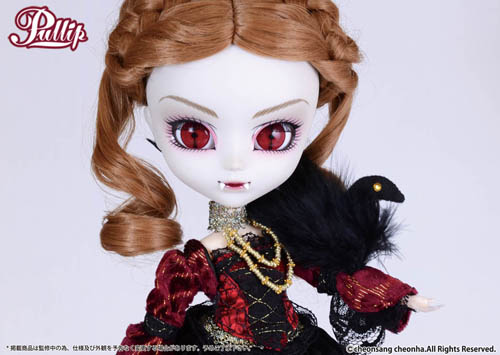 The problem with Carmilla is although I feel like she is a really solid release and I do like her, she resembles the original Pullip Elisabeth so strongly I feel like she is almost doomed before she is even released. I feel she is going to be overshadowed by the original and end up overlooked by the community and it’s a pity because she is a really pretty doll. While I am happy that it seems like Groove is doing more original releases and less collaborations compared to the first half of the year at least, I wish they would put a little more effort into making each release unique even if it meant less dolls released overall. I think Groove would do a lot better if they concentrated on only releasing one Pullip for a month and focused on making each release special.

Another consideration is the original Elisabeth only had a MSRP of 10000 yen, Carmilla has a MSRP of 16000 yen that’s nearly $60 more and they look so much alike. Why so much of a cost difference? The only thing that Camilla comes with that Elisabeth did not was the crow companion accessory and well frankly if that is what is driving the cost up so much Groove can keep the crow accessory.

Verdict? Undecided, the decision will more than likely come down to price as while I do really like her I already own a Pullip Elisabeth.

Like Loading...
This entry was posted in Doll, Pullip and tagged camilla, elisabeth, Pullip, really groove?, vampire. Bookmark the permalink.