I’ve been focusing a lot on Pullips here recently and neglecting to write about some of my other toys and joys. Today, I’m going to focus on the newest member of my Dollfie Dream crew: MDD Prisma Illya!

Volks is most famous for making ball jointed dolls but they also make vinyl dolls called Dollfie Dreams. While standard model Dollfie Dreams do exist, most of them are based off of characters from popular anime/video game series. Dollfie Dreams are normally sold at Doll Party events in Japan, leftovers are then sold via web lottery (you win the right to buy, not free dolls had someone ask me this recently >_<) there are few and therefore very precious preorder dolls as well.

One of Volks’ most frequent collaborators has been Type Moon, so far a total of eleven Dollfie Dreams have been released based on various Type Moon properties including five different versions of Saber. In 2009, a Mini Dollfie Dream based on the likeness of Illyasviel von Einzbern in the Fate/Hollow Ataraxia  was released. Illya had always been one of my favorite Type Moon characters so I tried and failed to win her via Volks web lottery, I was eventually able to get her but not until quite a while afterwards. A new version of Illya was released this past March, this time based upon her appearance in the  magical girl manga/anime Fate/kaelid Liner Prisma Illya series.  As soon as I heard of Prisma Illya’s my heart was filled with joy but also dread as Dollfie Dreams have increased in popularity and the lotteries have only become more competitive over the years. It always seems like MDDs are produced in smaller quantities so the competition seems that much more fierce for them. I entered the international lottery and was not exactly shocked that I didn’t win, I also entered through We Love Dolls and just when I had given up hope and was starting to comb through Yahoo Japan auctions I got the email letting me know I had won. Prisma Illya has been here since May trapped in her boxy prison, I just recently decided to debox her and take some pictures of her. 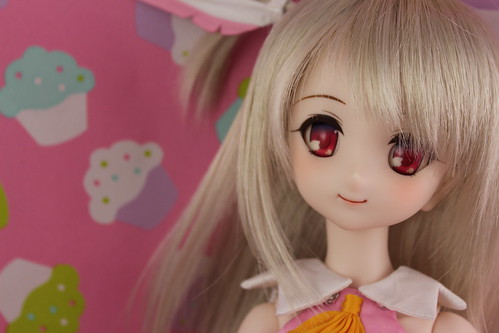 Why did I wait so long?

The Fate series in general tends to be pretty dark though it does have it’s lighthearted moments, Fate/kaelid Liner Prisma Illya is an alternate universe series which focuses on magical girls so it’s a little different. All my anime roots are in magical girl series, so of course I was interested in it even if it was a little bit different than my favorite of the Fate series: Fate/Zero which is actually quite grim ^^; 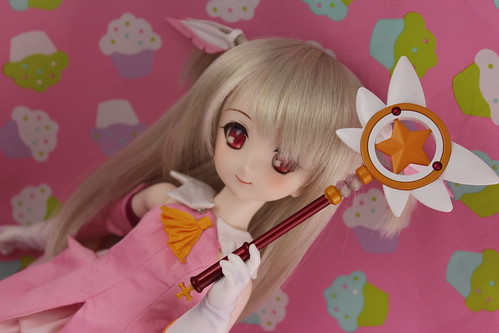 I’m actually quite short in real life so I have a tendency to be drawn to smaller dolls like MDDs, as much as I loved the MDD aesthetic and some of the character dolls released I had an intense hatred of the original MDD body. The original MDD body was extremely frustrating to pose, I had thought with my first one maybe I had been unlucky and received a faulty body but while some of them were slightly better than others they all left a lot to be desired. A new MDDIII body debuted on Cirno a couple years ago and pretty much all of my MDD girls got upgraded to the new improved bodies. 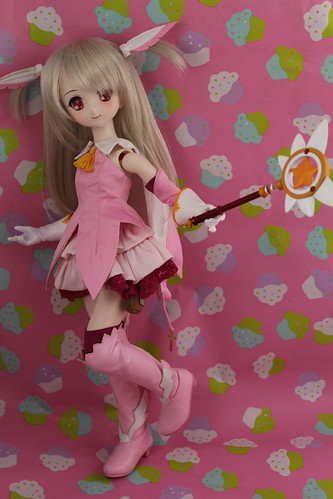 If she did have the original MDD body she definitely would not be able to do this pose so easily, without hours of me cursing off screen.

As a magical girl Prisma Illya is absolute perfection. I love her happy face sculpt, I have a weakness for smiley DDs. 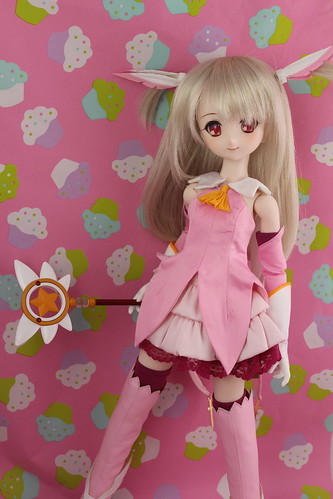 Over the quality of this release is very high, even if you aren’t a fan of the show she still makes a pretty darling release though she definitely seems like a magical girl in the same vein as Cardcaptor Sakura or Magical Lyrical Girl Nanoha.  Her outfit is really well-made,  I was really impressed with how high quality it is. I can not stress how happy I was to see the already gloved hands as I also own the 1/3 scale Madoka Azone from Puella Magi Madoka Magica and trying to get her cloth gloves on took an insane amount of effort. I absolutely adore her Kaleidostick Magical Ruby. 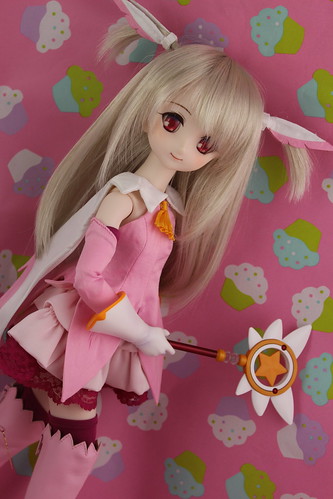 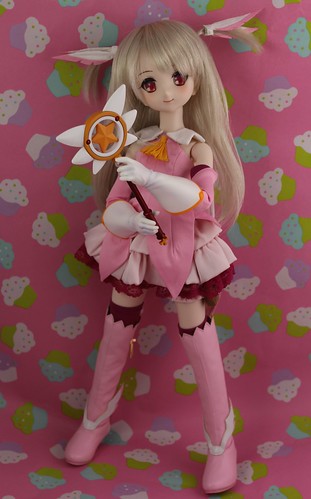 More photos of Prisma Illy are available on my flickr. Normally this where I would tell you where you could get your own Prisma Illya unfortunately outside of searching eBay and Yahoo Japan, options are kind of limited. I can tell you that Fate/kaelid Liner Prisma Illya anime which I highly recommend is coming out on blu-ray very soon and is available for preorder via Amazon. 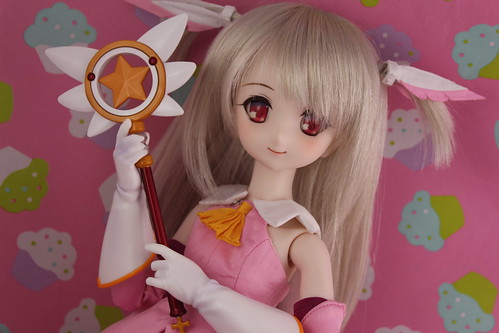