MIO or Make It Own is a new line of customizable Pullip products, products in this line include everything from blank doll kits to wigs and outfit sets. Today we will be focusing on one on two of the outfit sets released as part of the MIO line, the Vest & Jeans set. JPGroove very generously sent me both sets to review here. 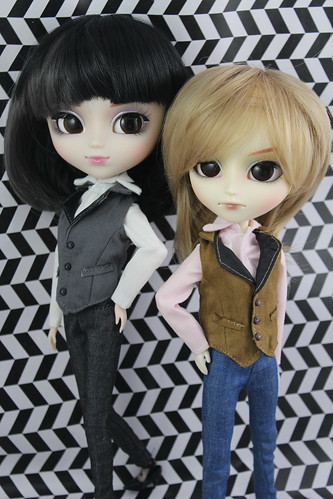 This set is designed to fit Pullip and Isul, in general it’s kind of surprising how interchangeable their clothing actually is.

The Vest and Jeans set was released in two different color versions, a casual colorful version and the stylish monotone version. Both sets include three pieces a shirt, a vest and jeans. Both versions of the Vest and Jeans set were a part of December’s wave of MIO releases  and had a MSRP of 3990 yen. 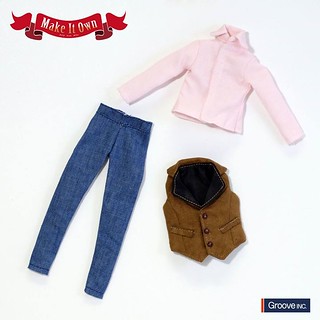 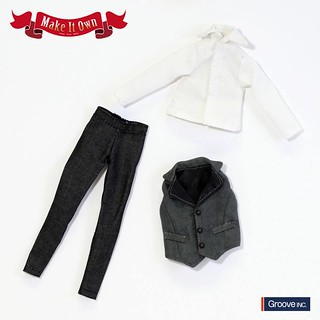 Some thoughts in general about the two sets, collectors have been asking for more casual clothing pieces for years so these sets should be pretty well received. The sets do have some very nice versatile pieces, my only complaint is I wish the vest was slightly more fitted as it looks a bit baggy on both Pullip and Isul. 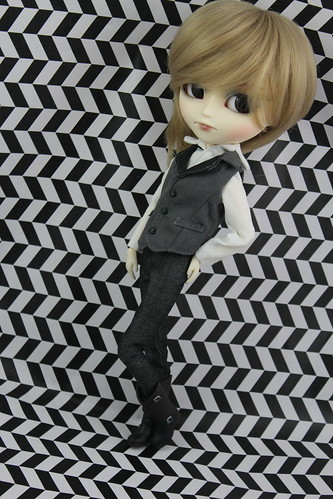 The monotone Vest & Jeans set is modeled by Davey, a rewigged Romantic King. Davey is also wearing a pair of MIO engineer boots and looks very stylish in his modern ensemble. 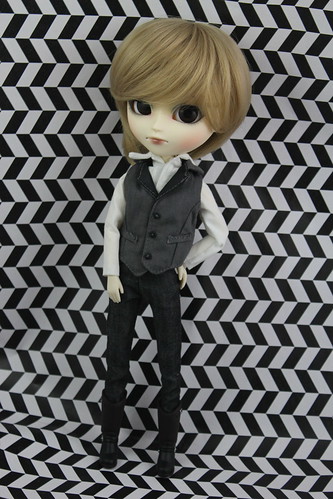 I wish there were more Isuls that came in more normal type of clothing like this set as his clothing tends to be either be fancy or formal, I think a big part of the reason Isul Mao is so popular is that he comes with more practical clothing that you could reasonably expect to see someone walking around in like a mall. 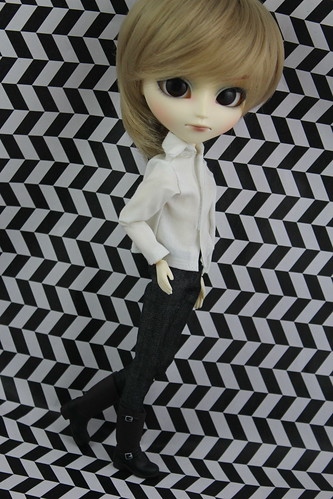 The set even looks pretty good without the vest on! 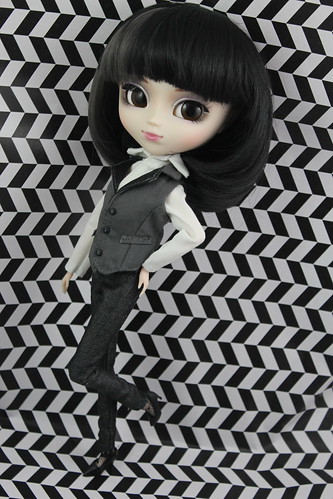 Pullip Dilettante in the monochrome Vest & Jeans set, she is wearing her stock shoes and she is rewigged with the black & grey MIO wig. I absolutely love this look on her, I think I even prefer it over her stock look. 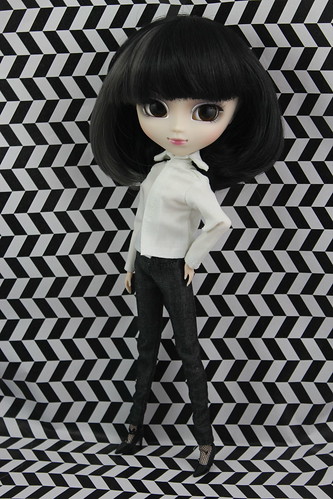 The sets fit type 4 Pullips quite nicely as well as type 3 Pullip, the jeans will absolutely not fit on an obitsu as the jeans are quite fitted and obitsu have thicker legs. Depending on bust size the shirt may or may not fit obitsu, small bust fits best while a large bust is no go. The vest isn’t as fitted so it should theoretically fit just about anything. 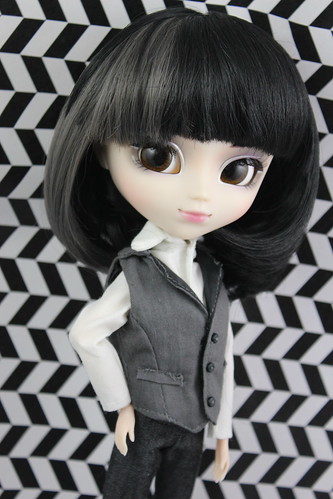 I definitely think the monotone set is very classic. 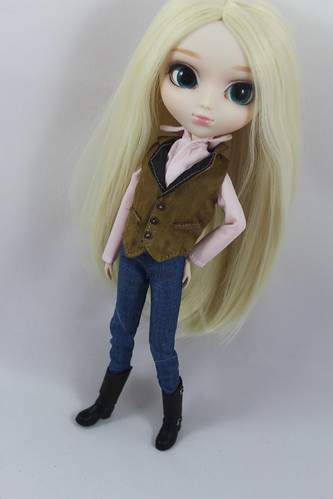 Pullip Ally wearing the casual Vest & Jeans set and a pair of MIO boots. I’m admittedly not as fond as this outfit’s overall color combination, I think the monotone set is much more stylish. The bright side is the set does have some wonderfully versatile pieces and I know that the jeans will end up being a closet staple. 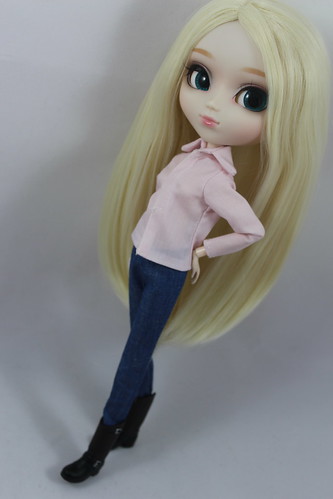 I do like this set a lot better without the vest, I think the pink shirt’s color is very flattering on Pullip Ally. 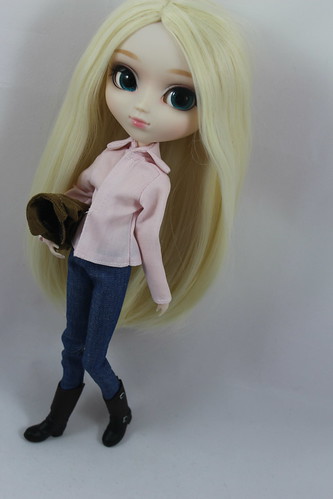 Both sets are currently available via Pullipstyle.

Once again a very special thank you to JPGroove for making this review possible!

Like Loading...
This entry was posted in Doll, Pullip and tagged ally, Dilettante, isul, make it own, mio, Pullip, romantic king. Bookmark the permalink.