I received an email from JPGroove a few days ago, they let me know that TokyoOtakuMode had featured some of my and Truefan’s photos in an article about Pullip that we had previously submitted pictures to Groove for and that we should both be expecting packages. I did not expect a package to arrive the very next morning. 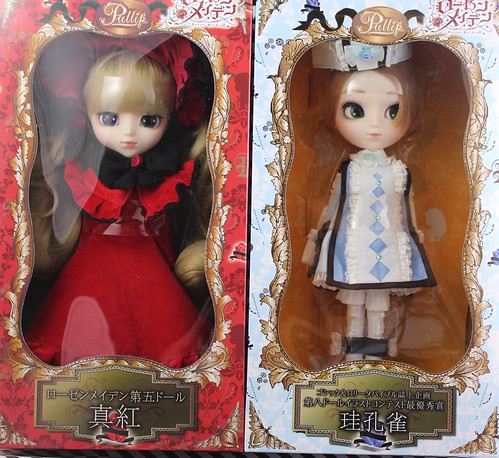 If you are familiar with the anime/manga series you may be wondering who this unfamiliar doll next to Shinku is. Her name is Keikujyaku, she is the result of a design contest held jointly by Baby, the Stars Shine Bright and Groove. The design contest allowed people to submit designs for a theoretical doll by Rozen, the winner of the contest would have their design turned into both a Pullip doll by Groove and a life-size outfit set by Alice, the Stars Shine Bright sub-brand Alice and the Pirates. 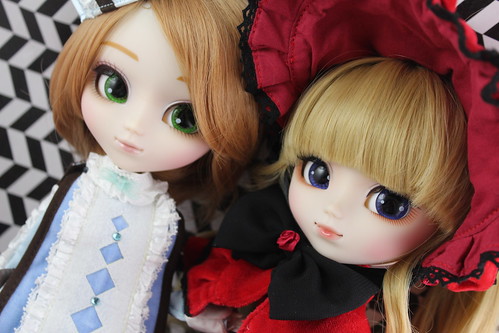 I love the Rozen Maiden series, it was what got me into Pullips in the first place. I received my first Pullip, the original Shinku as a birthday gift over seven years ago. Words can not express how thankful I am to Groove for sending me these two dolls to review and both dolls should have their reviews up here as quickly as possible, definitely within the next few days.

Preorders for Keikujyaku and Shinku are available for preorder via JPGroove and Pullipstyle. Speaking of Rozen Maiden preorders, Suigintou just went up for preorder on Pullipstyle as well.