I decided to take a break from focusing on the whole moving thing and attend Anime Boston this past Saturday. This is the eighth Anime Boston I have attended, this is the convention’s thirteenth year; it’s the largest Anime Convention in the North East, US. 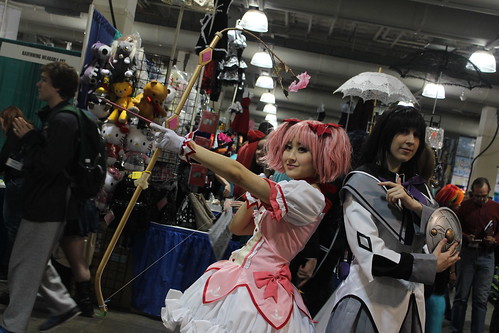 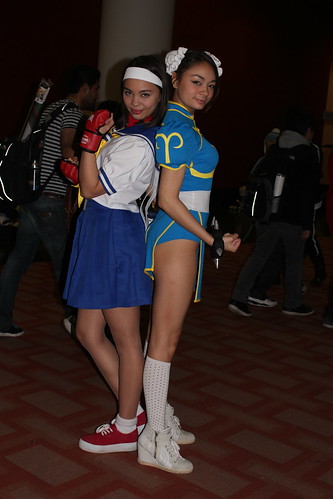 Sakura and Chun-li from Street Fighter! 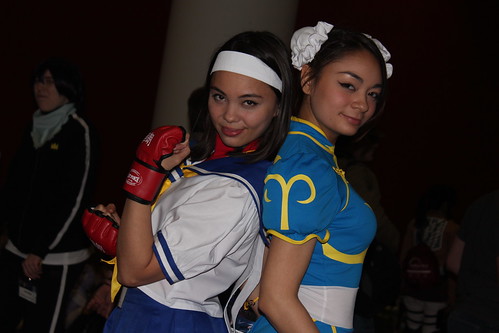 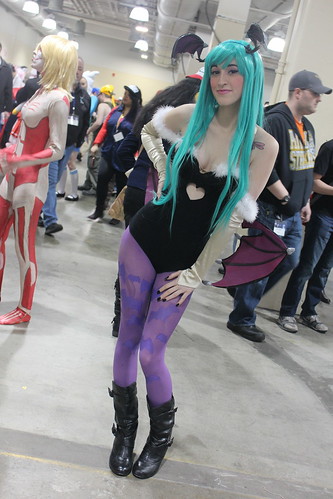 A very cute Morrigan from DarkStalkers. 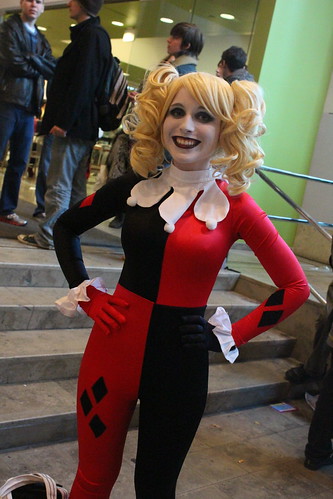 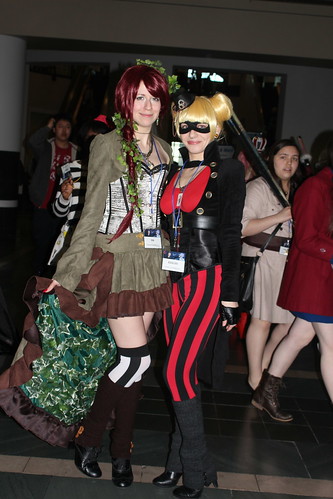 A steampunk take on Harley Quinn and Poison Ivy. 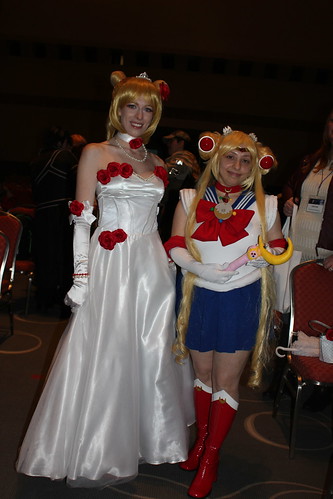 Usagi and Sailor Moon, I caught these two after one of the Sailor Moon panel. 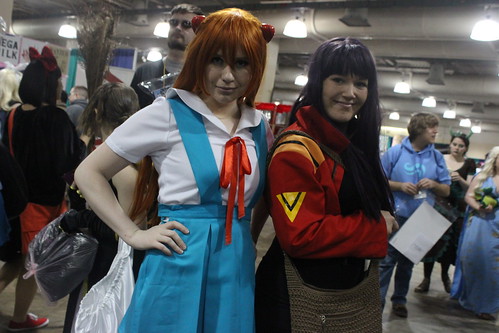 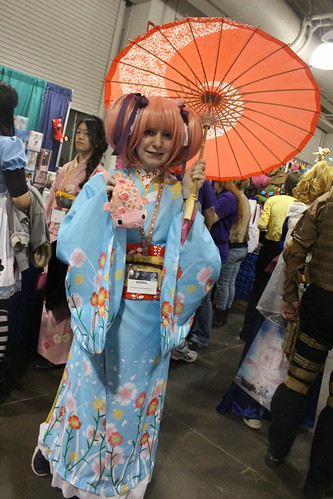 Madoka cosplay, this one is based on a figure. 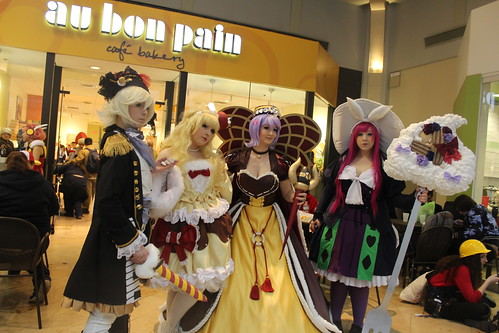 I’m not sure what they were cosplaying as but their costumes were amazing! 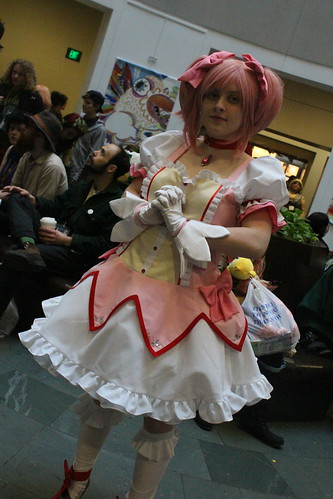 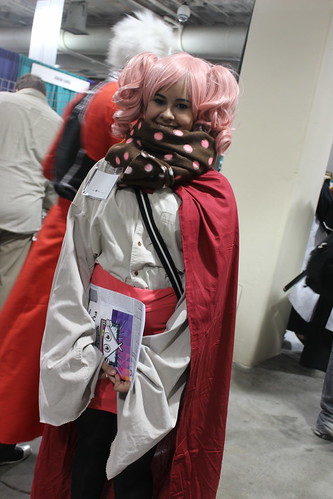 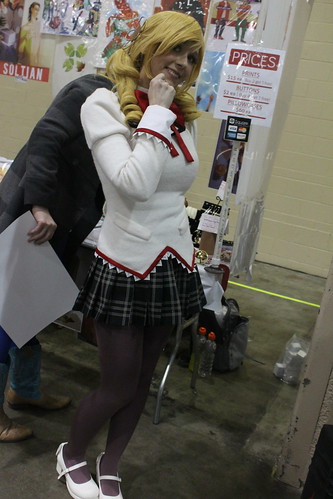 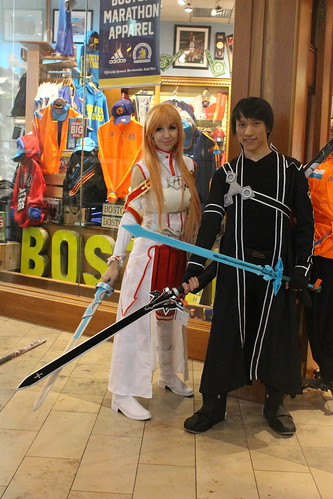 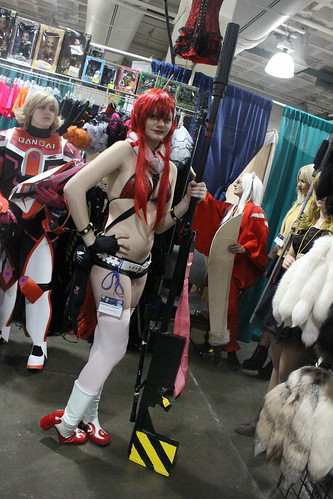 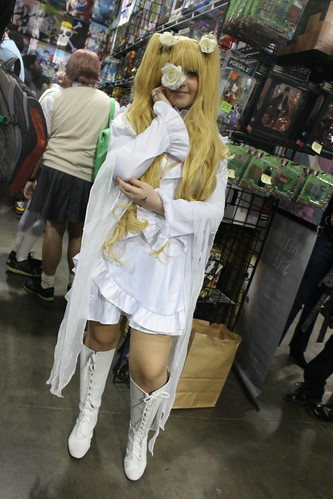 Kirakishou from Rozen Maiden, Rozen Maiden is one of my favorite anime series so finding people cosplaying as the different characters from it always makes me happy. 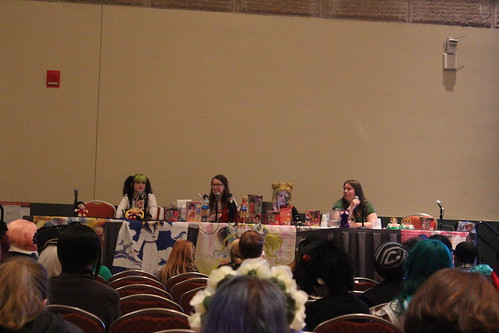 We also attended a good chunk of Bad, Anime Bad panel we went to a panel about Subversive Animation last year by Brian Price that we ended up liking so much we decided to attend Bad, Anime Bad last year and absolutely loved it so we went back for more this year.

BJD Meet I don’t know if there is one every year but for the last several years, I have attended BJD meets at Anime Boston. This bjd meet seemed to be one of the smaller ones. I was unfortunately only able to pop into the bjd meet on Saturday. I would have loved to have stayed longer but the meet’s second hour conflicted with a panel that I very badly wanted to attend. 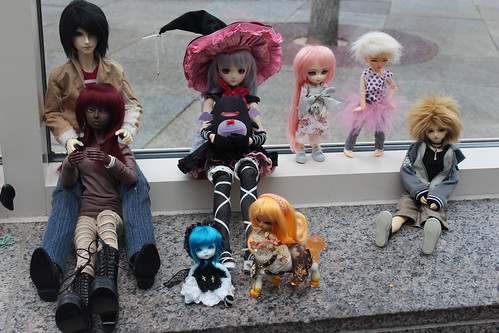 I brought three dolls along with me this year: Dollfie Dream Sister Shining Hearts Melty, Latidoll Lati Yellow Olympus Haru and my Luts Tiny Delf centaur. I always having a hard time deciding who to bring with me to meets, I’m always torn between bringing my favorites and interesting dolls that I think people will actually want to see. Thankfully my little centaur Orange Blossom was both a favorite and a very interesting doll, she seemed pretty popular at the meet up. 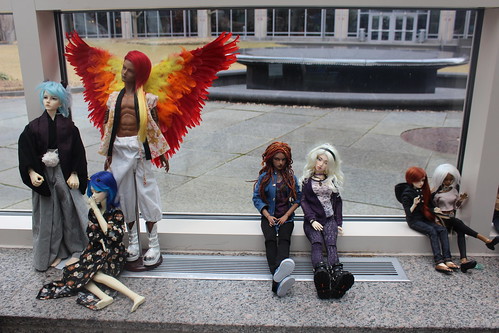 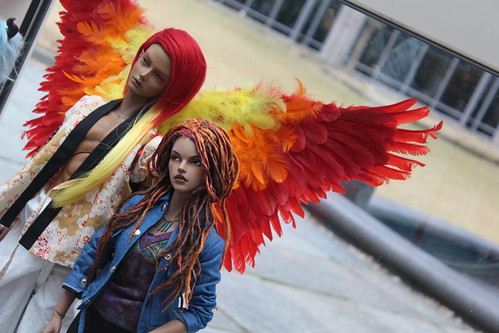 I believe the striking fellow with the wings is by Soom, but I’m not very familiar with the company (fortunately or unfortunately Latidoll/Volks/Fairyland already has a stranglehold on my wallet so I try not to notice too many other dolls by other companies). I think I may have seen him at last year’s meet as well. 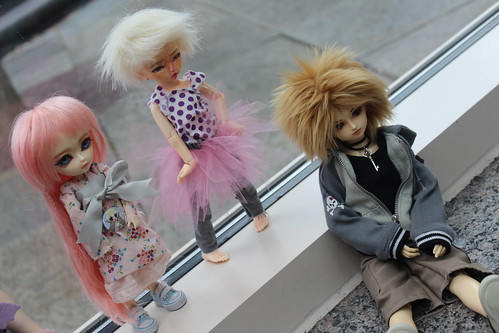 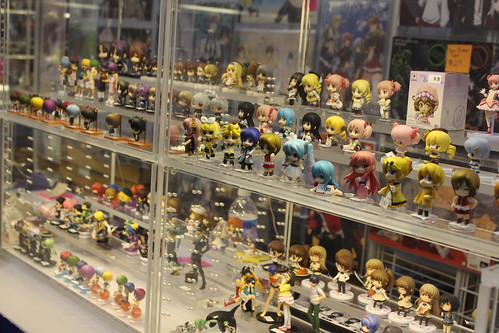 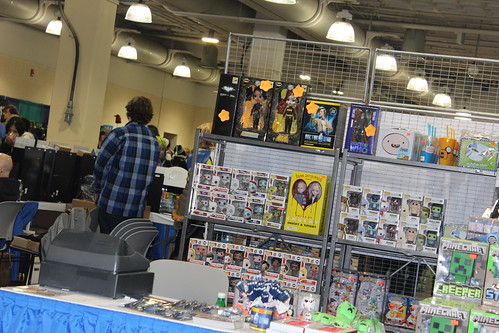 I did spot a few Pullips in the dealer’s room this year, not too many though mostly just different anime collaborations but it was still exciting to see some Pullips in person, it really made me miss Animadness and the ability to shop for Pullips in person. 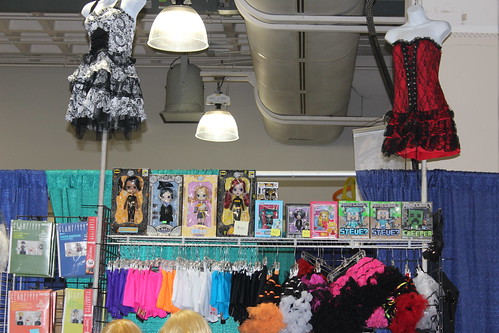 Loot
I really didn’t buy that much this year, I don’t know if it was burn out from being in the process of moving and packing up so much anime paraphernalia over the past couple of weeks, lack of variety or the prices in the dealer’s room turning me off a bit. My primary directive for finding stuff in the dealer room was finding Madoka stuff I didn’t already own, I did find a Charlotte plush by Banpresto and a mini petanko Madoka in school uniform but other than that I didn’t see much I didn’t already have besides the RAHs and the cheapest I saw them at was like $350. 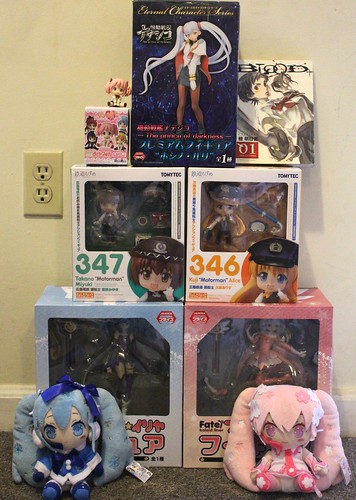 Vocaloid Yuki (Snow) Miku and Sakura (Cherry Blossom) Miku plushes from Vocaloid, these were actually my first purchase along with a Charlotte plush from Puella Magi Madoka Magica which I neglected to get a picture of.  Fate/kaleid Liner Prism Illya and Magical Sapphire figures by FuRyu because I’m apparently a sucker for magical girls. Nendoroids Kuji Alice and  Takano Miyuki from Tetsudou Musume, I was somewhat intentionally hunting for Kuji Alice in the dealer’s room but when I saw Miyuki in the dealer’s room she had to come home too. I bought a blindbox mini petanko and I got Madoka in her school uniform. Mr. Klein bought a Ruri figure from Martian Successor Nadesico, I’m not too fond of this one ^^; . I guess I’m just not that fond of the pose, it looks a bit awkward. 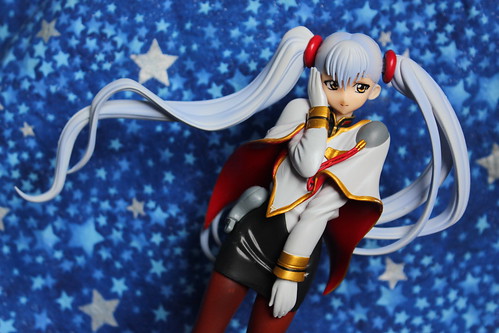 I bought the Blood + manga mostly because I loved the original Blood, I knew at some point I would more than likely get stuck in some unGodly line for a panel and would want something to read and it was only a $1. It was actually pretty decent and served it’s purpose well while I lined up for Bad, Anime Bad!.

I also got a lot of stuff at the Swap but I still haven’t bothered to unpack any of it yet ^^;

More pictures from Anime Boston can be seen on my flickr!