Yokohama Doll Museum Miku is priced at $239.99 which includes shipping from Japan, while this isn’t exactly cheap the museum itself charges 23,760 yen for her and that doesn’t include whatever extra you had to pay/favors you had to call in with friends in Japan to get her so this is likely the best price anyone is going to be able to get for her.
Preorders close on the 19th of April, the dolls are being shipped directly from Japan on or around the 24th while she isn’t cheap I can tell you that this is likely going to be the cheapest way to get her if you want to add her to your collection.

For those of you waiting for Pullipstyle to stock her, Mike has already gone on record as saying that PS will not be offering her.

I have actually had a Yokohama Doll Museum Exclusive Version of Miku in my collection for a while now but it wasn’t until JPGroove announced the opening of their preorders that I realized, I had never really any owner photos of her so I figured now was a good of time as any to debox my Miku and share some photos of her! 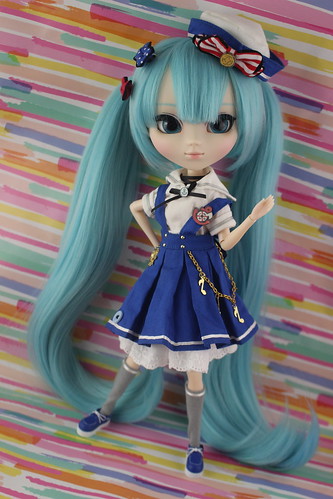 There have so many different outfits and costumes created for Miku over the years but I really loved this design in particular, I tend to really like nautical/sailor themes for outfits though. She comes cutely adorned with lots of little unique touches on her stock outfit like an anchor patch and a musical chain for lack of a better word (a chain belt featuring musical notes- perhaps she is singing a nautical theme!). 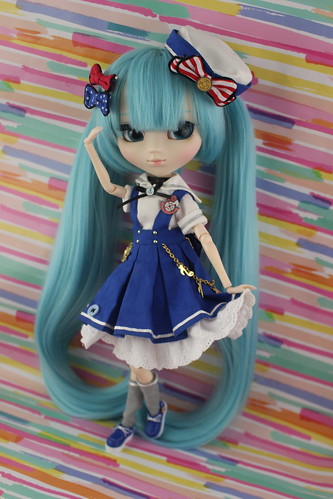 I think she may actually be my favorite Miku released so far which is saying a lot because I think she is the fifth version of the character (Miku, Snow Miku, Sakura Miku, Lol Miku) although an argument could be made for the original Miku Pullip as being Miku in her most iconic form, I like that this a unique Miku that I don’t have a bunch of figures, nendoroids etc featuring her wearing the exact same outfit. 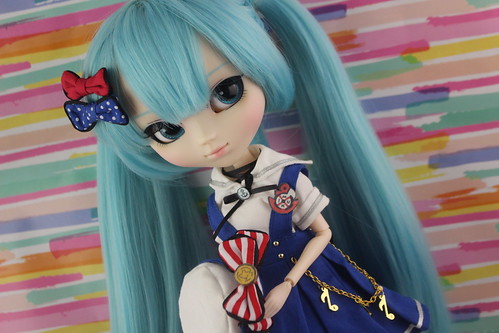 She’s just so darn cute! I have lots more pictures of Yokohama Miku on my flickr don’t miss out on this rare opportunity to add her to your collection via JPGroove. 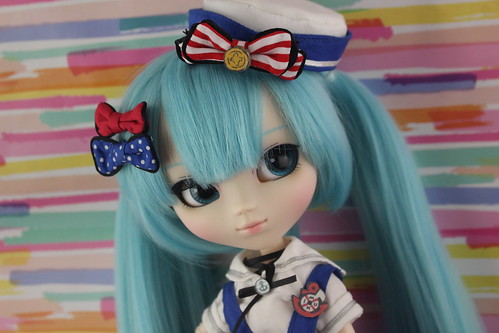 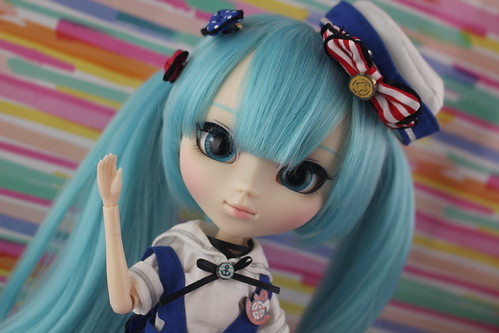