I happened to see something quite interesting this morning on Groove’s official twitter account, they tweeted the following link which appears to be a listing for a new exclusive Pullip! Isn’t she precious? 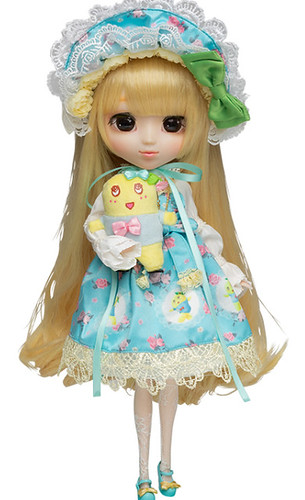 Details are still kind of scant at this time regarding her release but it appears that she will be exclusive to uho2 website, it is not known at this time if any other retailers will be able to offer her but it seems somewhat unlikely once I figured what she actually is. In Japan mascots are extremely popular and they are not just for sports teams, even towns have them! Hometown mascots or Yuru-kyara are used to promote hometowns as such merchandise of them make for very popular gifts! Funassyi is the very popular unofficial mascot of Funabashi a town in the Chiba prefecture, Funassyi is so popular that it has released CDs and has even been featured in an anime series. Both the print of the dress that the Pullip is wearing and the cute plush she is holding are inspired by the pear themed macot Funassyi. 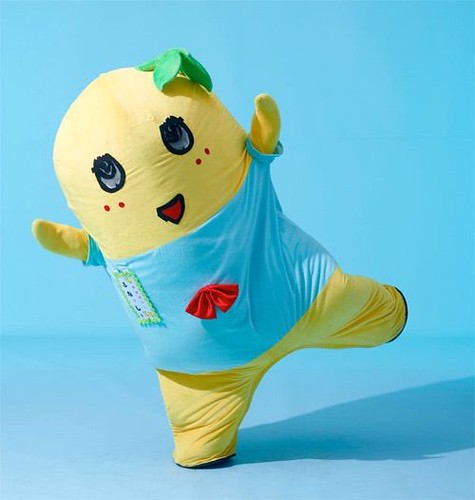 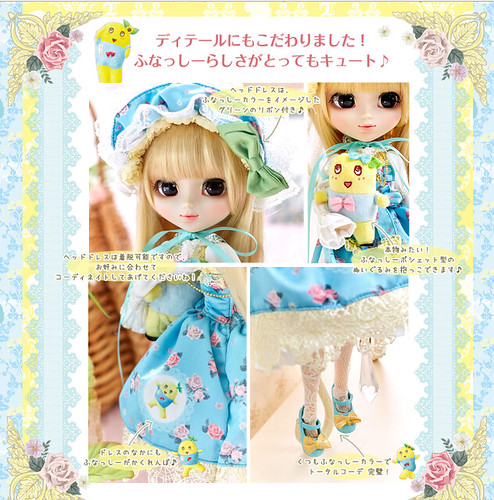 All of the little details on this release are way too cute!