Over the years Groove has released a lot of different dolls based on anime characters, to celebrate the upcoming release of the Revolutionary Girl Utena dolls we have decided to offer an exciting promotion for some of our favorite anime dolls released over the years.

Our new coupon code Usako10 is good for 10% off a selection of our favorite anime dolls.

The coupon is only good for the dolls on the above list, Pullip Sailor Pluto and Taeyang Tuxedo Mask will be added to this promotion once they restock hopefully in our next restock shipment.

The coupon is good for 10% off on most of the anime inspired Pullips that Pullipstyle currently has in stock, most of them work out to be like $117 each which is a pretty decent deal for any of the dolls unfortunately for me there is not a single doll on the list I don’t already own ::taps foot impatiently while waiting for the Revolutionary Girl Utena Pullips to come in stock:: .

I am also probably way too amused by the fact that someone somewhere seems to have mixed up who Tuxedo Mask from Sailor Moon and Sebastian from Kuroshitsuji are, I’ll grant that both dolls share similarities (tuxedo, top hat, black hair) but the two characters are very different I can’t imagine Sebastian throwing a rose to intercede in a fight at a critical moment and telling Ciel to believe in himself then kind of just taking off like my job is done here! 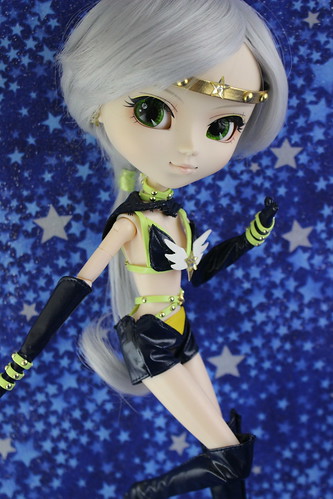