Someday I would love to visit Japan, it’s been something I have been wanting to do for a long time now but that just hasn’t been possible for me due to my living a somewhat complicated life with far too many responsibilities that make even taking a few days off to go to the US Pullip convention PUDDLE nearly impossible nevermind spending a few weeks on the other side of the world. In the US, Pullip is rarely seen in physical stores most of the major US retailers are online only so it’s always fascinating to me when Groove posts photos of various store displays featuring prominently featuring Pullip in various stores in Japan. Several years ago now, there was a store called Animadness that sold anime figures and had a really nice selection of Pullip, they were a few hours away from me. Animadness unfortunately closed but I remember how nice it was to actually be able to see a variety of the dolls up close… 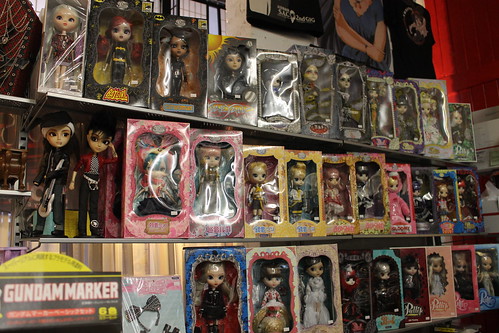 This picture was from one of my last trips up to Animadness, so many dolls in it were common then but have since become pretty hard to find. All these years later, I still miss Animadness T_T.

Groove recently shared photos on their blog of three Japanese stores who carry Pullip. I know seeing Pullips at stores shouldn’t be such a surreal concept to me because I have seen them at Animadness in the past but I nevertheless get very excited about this type of thing. I really need to start making a list of all these stores that Groove has featured so I know where to visit when/if I ever do make it to Japan.

Photo of the entrance, I love the giant billboard!

I feel like I could probably spend hours here looking at all the different doll stuff, all the great doll clothing options and I even see 1/3 scale Azone dolls underneath the Pullips.

Pullip Eve Sweet and Isul White Rabbit in Steampunk World are an unlikely duo but I must say they look quite nice on display together here!

Photo of the entrance!

While the store may not be very large they have a lot of variety and a nice range of products.

Photo of the entrance. 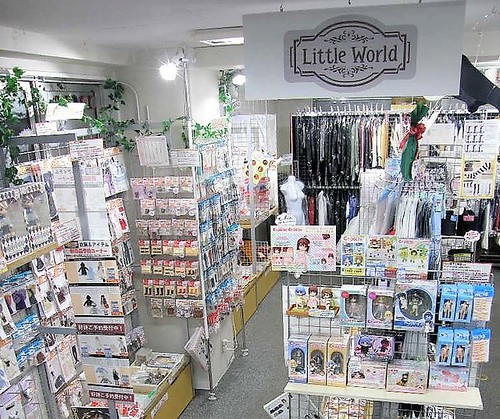 The store appears to have a nice selection of different brands and products including azone clothing/dolls as well as cu-poche from Kotobukiya.

Dal Alpin & Isul Eder were released in November of last year, I really need to get Isul Eder to go with my Alpin ^^;.