Groove has officially announced the release of the first doll in a new collaboration series with popular online collectible card game Touken Ranbu, Isul Yagen Toshiro via their blog last night. Touken Ranbu is so popular it has already been adapted into an anime series Touken Ranbu: Hanamaru and will be receiving a second anime adaption Katsugeki! Touken Ranbu later this year.

Groove’s announcement highlighted that preorders for Isul Yagen Toshiro would be opening at Bandai Online Shop first here. Previously Bandai offered exclusive versions of the very popular Sailor Moon Pullip collaboration series via their website, the exclusive version of the dolls came with items such as school uniforms or character specific accessories such as Sailor Moon came with a plush of her cat companion Luna while the standard release omitted these “bonus” items. Groove has not shared a lot of details about Isul Yagen Toshiro’s release just yet so it is not clear if this version will be exclusive to Bandai’s shop or not just yet, if it is exclusive I’m not sure what his exclusive items consist of ^^;. I’m hoping that the Touken Ranbu dolls will receive a standard release as well as a Bandai Online version as otherwise these dolls might be a bit difficult to obtain. I will be sure to update here as more details become available.

Bandai has listed Isul Yagen Toshiro’s release date as late March of 2017, Groove has listed a slightly more nebulous “spring” release  date. Bandai lists his MSRP as 28,080 yen which is approximately $248 (wow) as of this writing. 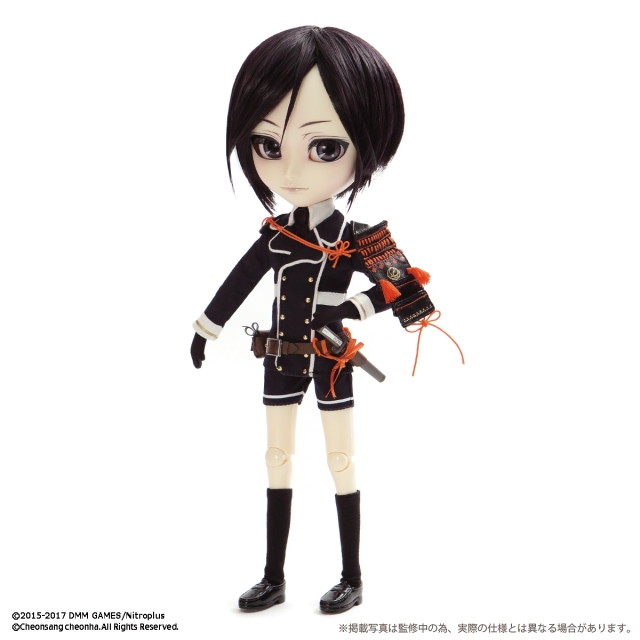 I know Touken Ranbu is probably not as widely known in the west as it is Japan so I am including a picture of Yagen Toshiro’s character design from Touken Ranbu online for reference.

When I first started looking this series up after Groove teased a future collaboration with them, Yagen Toshiro was one of the character designs that really appealed to me and that I was hoping would become a doll (I was immediately tempted to buy his nendoroid). I feel like Groove has done a great job translating Yagen Toshiro’s design into doll form and staying faithful to his character design. His outfit looks to be really nicely detailed.

I really love his face up and how different it is from other Isuls. I particularly like how monotone and almost completely devoid of color his face up is. His eye make up is stylized which is something we don’t see very often on Isul, his eyebrows are quite unusual as well I love the expression they give him. His lips are painted in such a way to make them look a bit thin, I’m not always a fan when Groove does this but it really suits him as well as his character really well.

I feel like Isul was the best choice for Yagan Toshiro’s character, he is typically portrayed as being a bit shorter than some of the other characters and I don’t feel like Taeyang could have suited the character quite so well. 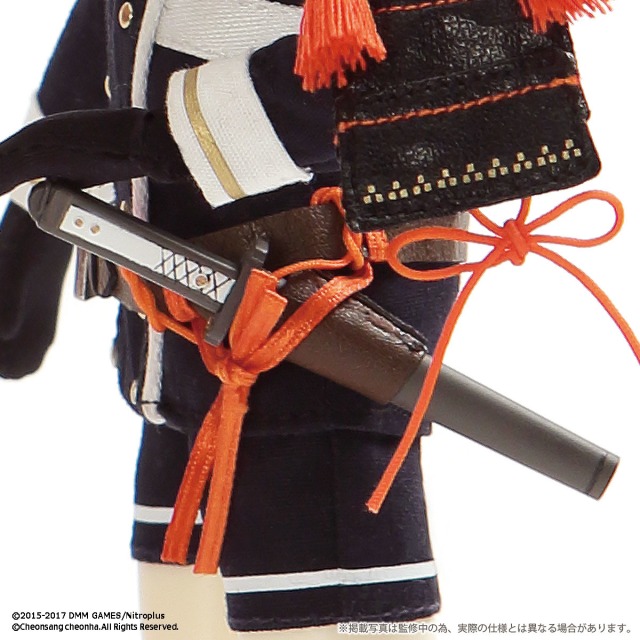 I really hope he comes with a grippy hand so he can properly wield his sword.

He comes with his trademark scissors.

I will be sure to update when more information becomes available, I’m hoping he won’t be too hard to obtain and I definitely look forward to seeing more Isuls and Taeyangs from this series in the future.