It’s funny because I was just thinking about these three dolls….Groove just posted some pictures of Pullip Optical Alice, Dal Dana and Isul Caros on display at various different stores on their blog. The trio of dolls was supposed to be released in late January but all three dolls had their releases delayed until mid-February so it was an unexpected treat to see some out of box pictures of the trio on display. 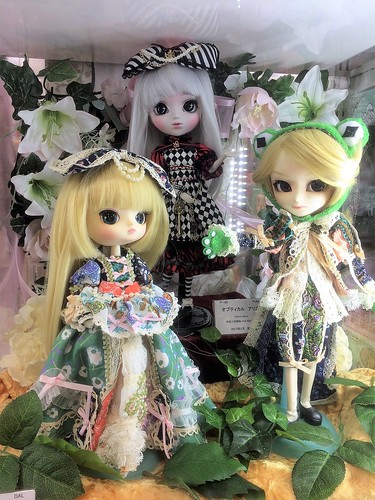 The above photo was taken at the Azone store in Akihabara. I really love this photo in particular as it showcases Optical Alice’s special pale skin tone, this is the best photo I have seen illustrating her pale skin in close proximity to dolls with more normal/natural skin tones.

Groove also shared some photos of the dolls alongside some other recent releases at Kiddyland store’s location in Harajuku. 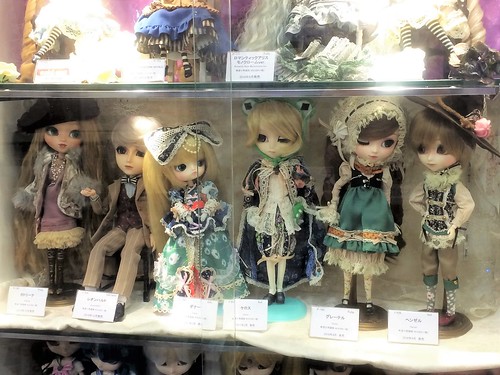 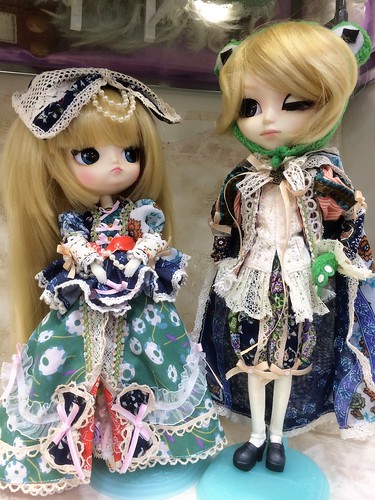 Close up of Dal Dana and Isul Caros, the pair is based on the fairy tale of the Princess and the Frog. Dal Dana is way too adorable and Isul Caros manages to look quite regal even with his absurd froggy hood and gloves. 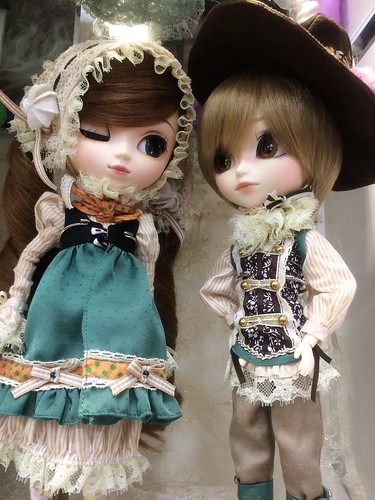 Pullip Gretel and Isul Hansel were released in spring of last year, like Dana and Caros they were also inspired by a fairy tale. This pair tends to be a bit underappreciated so I’m glad to see them being showcased a bit. I hope Groove continues to release dolls based on other fairy tales, I’d love to see a Snow Queen Pullip someday!