Still a little behind here as I frantically work behind the scenes doing various updates here but I wanted to share this news as quickly as possible!

JPGroove has just released some additional details about their upcoming SDCC exclusive Pullips (at this point I’m assuming they are both Pullips) via their facebook page tonight. 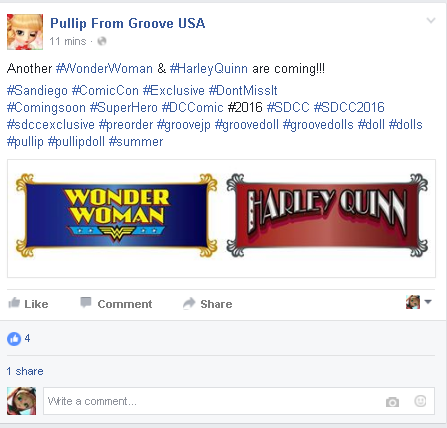 I wonder what the new versions will look like?