Pullipstyle just posted a new photo of their upcoming exclusive Pullip via their facebook page. The new exclusive is said to have a “bunny pilot girl” theme and in the new photo I will say she definitely looks the part! I’m very pleased with what I have seen so far of this bunny pilot girl, she reminds me a bit of the older releases in spirit. Not a lot of details have been revealed about her yet but it has been confirmed that her preorder will open in July, I hope her name gets revealed soon. It has been previously stated that she will be a limited edition of only 400. 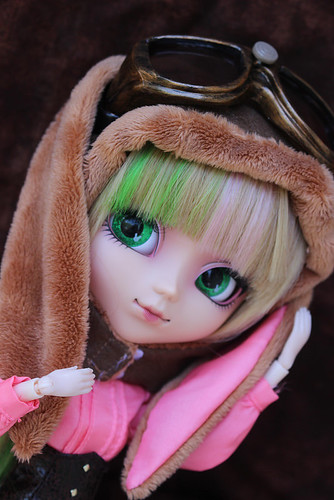 I look forward to sharing more information and pictures of her here in the future as they become available.