Groove has announced a new pair of twin Pullips as a part of their Creator’s Label line via their blog earlier this morning. The Creator’s Label line is a series of collaboration dolls where Groove partners with different customizers from around the world to release a doll based on that customizer’s style. HappyDolly and MementoDoll previously collaborated with Groove to release the immensely popular Isul Glen.

Pullips Cassie and Callie are designed to be a matched set of twins but will be sold separately although who could buy the one without the other? They just look so cute together! Which one is which? Pullip Callie wears pink while her sister Cassie wears blue. Both dolls will be released in May in Japan (so June in the US) and both dolls have a MSRP of 20000 yen which is approximately $180 as of this writing so that makes obtaining the pair a bit pricey. 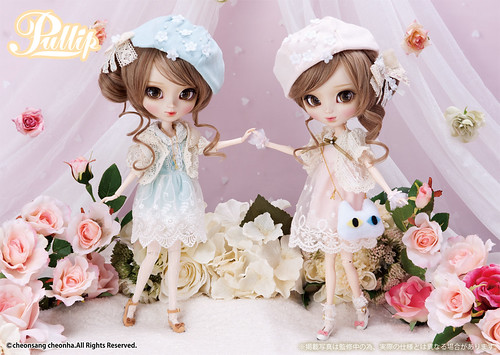 On a lovely day in spring. I put on my be loved dress, wear little makeup, then grab my bag and go shopping with my sister. We love to sit around and have some cakes at a cafe. Ah! So happy ♥ ….. Feel Like so

Based on promotional photos, the two dolls appear to have the same face up as well as eye chips and their wigs are the same color but appear to be slightly different styles Callie has her hair pulled off to the side in a ponytail and Cassie has her pulled off to the side in a bun on the opposite sides. While the outfits are very similar and may pass as identical at first glance, they are not identical and the details seem to be a bit different. 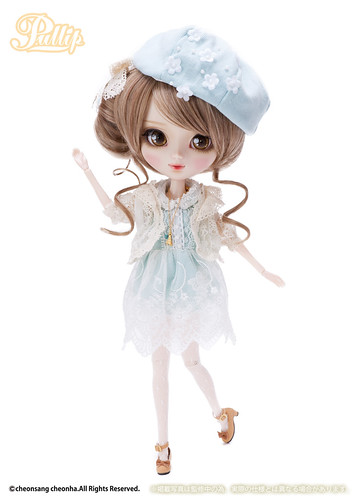 Please meet Pullip Cassie! Cassie prefers to wear blue but her pink shoes provide an interesting little contrasting pop of color. Overall the design of the outfit is really nice although I’m not exactly sold on that hat just yet, stylistically it kind of reminds me of Happiness Chiffon Dress set.  She has a very delicate looking chain necklace which I think is a nice detail. 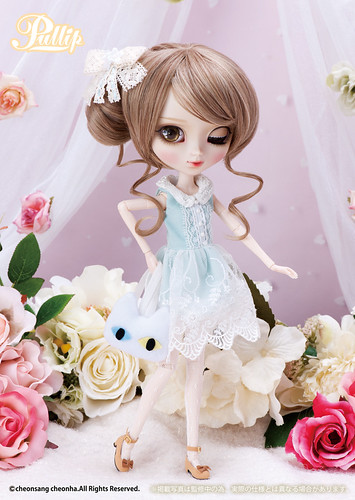 Cassie comes with a cute kitty bag, Callie comes with a similar cute kitty bag but rather than being a shoulder bag like Cassie’s Callie’s is a clutch bag that can double as a cute backpack. This picture gives us a better look at the dress itself without the sweater in the way, the dress has a white lacy collar and white lace detailing down the center of the bodice in general Cassie seems to like lace a bit more than twin sister as she is also wearing lace tights. 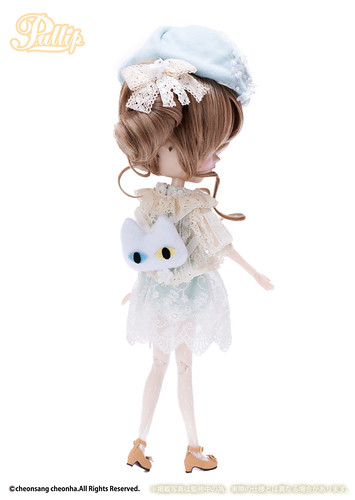 Back view of the outfit, I love the kitty bag as a backpack! 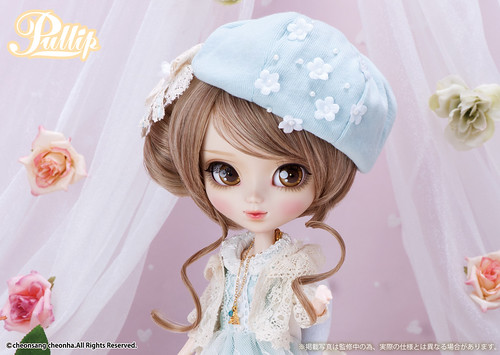 Cassie and Callie appear to have the same face up but you can definitely tell they had the face up artist as Glen as they are all very similar in style. The face up is very blushy with extremely detailed eye make up and eyebrows. The lips are really nicely done as well, they look very realistic. 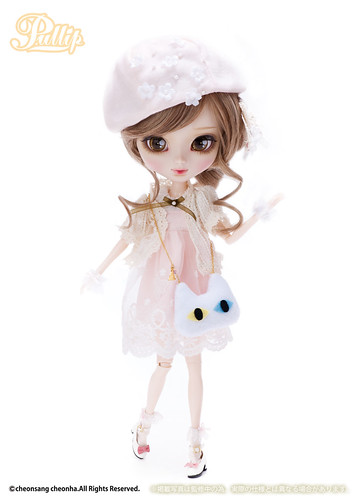 Now it’s time to meet the other twin Pullip Callie! I feel like Callie is a bit less mature than her twin sister Cassie, the design of the bodice of her dress reminds me a bit more of the baby doll dress style plus those lacy little socks make me think of her dress as less mature as Cassie’s outfit. Somewhat at odds with her overall style her purse is on a dainty little chain. 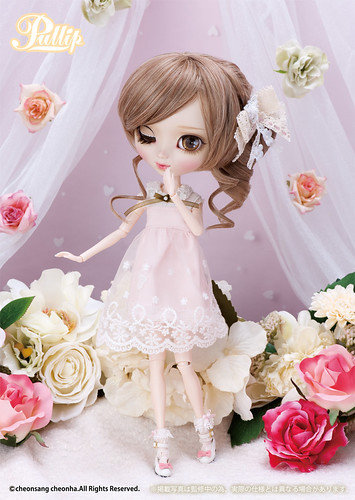 You can see the details of her dress a little bit better here, the oversized ribbon is driving me a bit nuts I wish it wasn’t so exaggerated. I do prefer the hemline on Callie’s dress I think the almost rounded hemline is a bit more flattering. 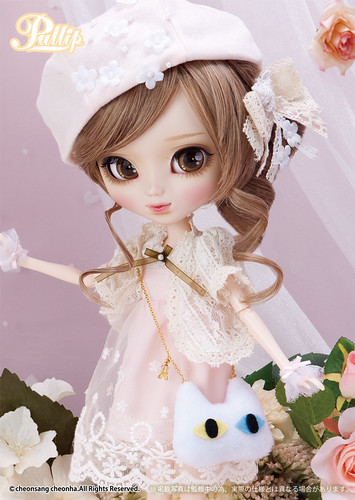 While I do like the color of the eye chips their “shine” point is a bit too exaggerated to me on dolls with such detailed face ups they look they belong more with an anime collaboration doll than the twins. 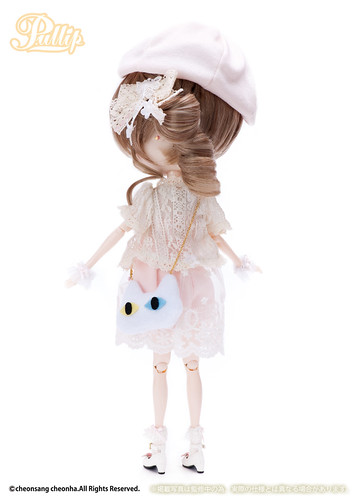 Back view of the outfit! I do find myself wondering how well both girls wigs will actually stay in their respective styles.

Verdict: I’m admittedly torn I either want them both or neither, I’m not sure I could own one without the other but that would be an expensive proposition especially considering they are being released the same month as Pullip Romantic Alice Monochromatic Version who I adore and Pullip Sailor Star Healer who is my favorite character from Sailor Stars. Maybe some day? So many dolls only so much dolly funds to go around! I guess if I had to choose one and only one I would choose Pullip Callie just because I feel brown and pink go together a little better than light blue and brown.

I’ll be sure to update when more news on the twins becomes available!