Yesterday I was musing that we have not seen a new Isul in quite some time much to my surprise, Pullip.net posted up a new Isul for preorder early this morning. Groove has not officially released any of the details of his release via their blog yet but Pullip.net lists him as a May release which if accurate is kind of short notice for a preorder (no word on MSRP yet).

The new Isul is Ciel Smile version, he is based off of the character Ciel’s appearance in the Book of Circus arc of the Kuroshitsuji anime/manga. In the Book of Circus story line, Ciel and Sebastian join the circus to investigate some strange happenings related to the circus during that time Ciel uses the name Smile as an alias. 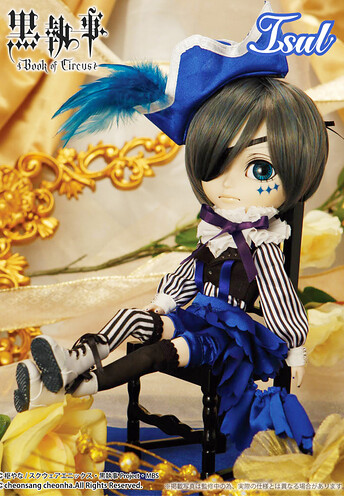 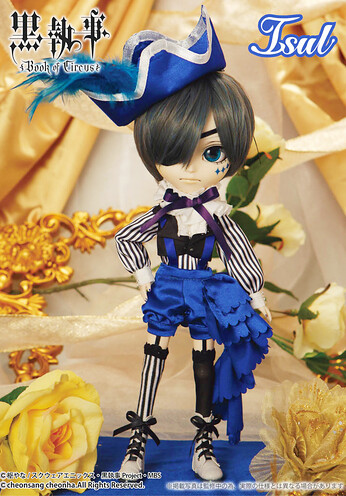 I love the circus theme! His stock looks to be of really nice quality and it is very faithful to the original design of Ciel’s outfit during the Book of Circus arc. 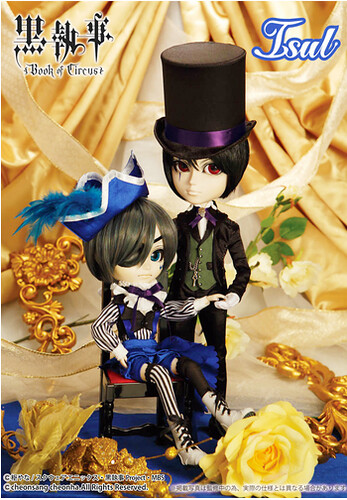 Ciel pictured with the new version of Taeyang Sebastian that was released in March of this year. They really great together. I wasn’t very tempted by Sebastian as he is quite like the previous two releases of the character which I already owned, I don’t think that I will be able to resist Ciel though as he is very different from the past releases and I love his stock outfit! 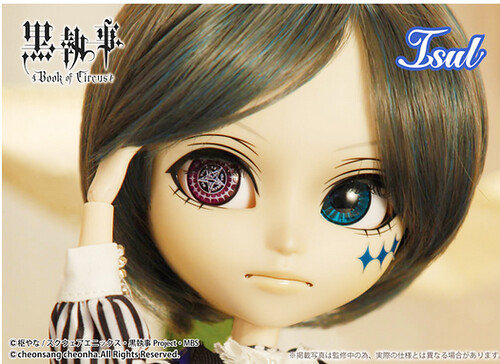 I’m very used to thinking of Ciel as a Dal but I must admit that I quite like the Isul, I think Groove did a really great job translating the character design to doll form and that he makes for a great looking Isul. Pullip.net noted that Ciel came with removable face stickers so I assume the blue diamonds are not a part of his face up but a decal. 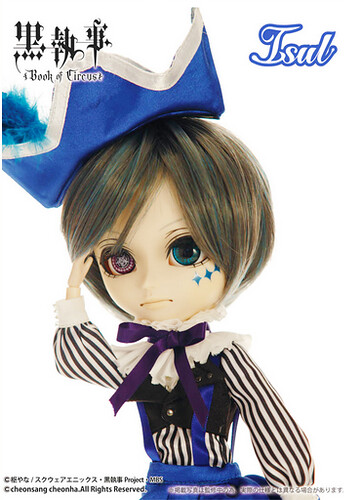 I am so happy to see another Isul on the release schedule as it’s been almost a year since the rather unfortunate Beary Fairy Isul has been released. It’s definitely a bonus that Ciel is such a well-done release. 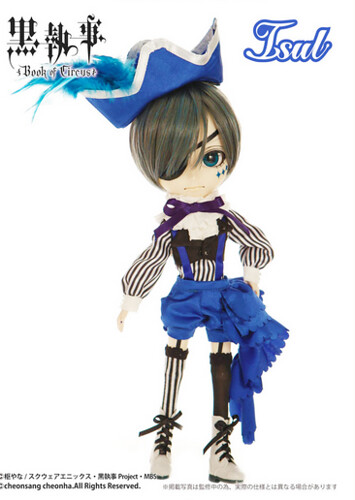 Like Loading...
This entry was posted in isul, Pullip and tagged ciel, isul, kuroshitsuji, Kuroshitsuji ~Book of Circus~, sebastian, taeyang. Bookmark the permalink.