It’s been almost a year since the last Dal was released so I was overjoyed when I found this promo picture of Sailor Chibi-Moon. For those of you unfamiliar with the Sailor Moon series, Chibi-Usa (Sailor Chibi-Moon’s secret identity) is Sailor Moon’s daughter from the future.

Not much information is available about the release of Sailor Chibi-Moon but I will be sure to update here when more information does become available. At this point, I assume she is to be released in May and probably end up at the 17000 yen price mark like the other Sailor Moon dolls. 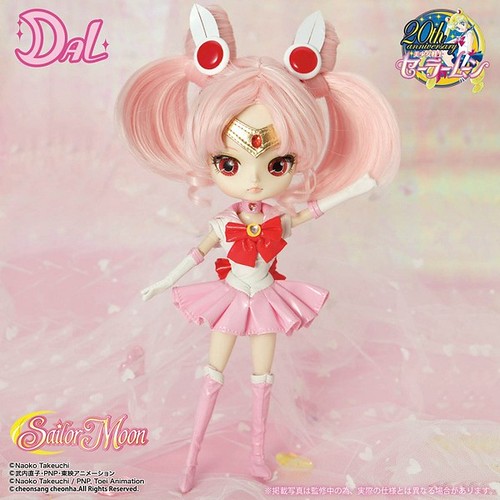 Honestly, I think she is adorable and that Groove did a great job translating her design into doll form. I feel like it’s going to be a long wait until the May/June time frame when she gets released.