Pullip Kanaria is the seventeenth overall doll released as a part of the Rozen Maiden x Pullip series and the eighth doll in the second series. I believe she will be the final doll in the series as the second series of dolls seems to be based on Rozen Maiden Zurückspulen which follows the manga series more closely than the original tv series. Barasuishou was created solely for the original tv series and did not make an appearance in the manga/Zurückspulen so I am skeptical at this point of her getting a second release.

Pullip Kanaria has an April release date, we probably won’t see her here in the US until roughly a month later (it takes roughly a month for Pullip to travel to the US). She has a MSRP of 16000 yen. 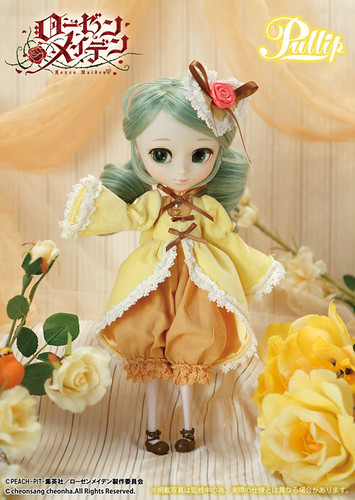 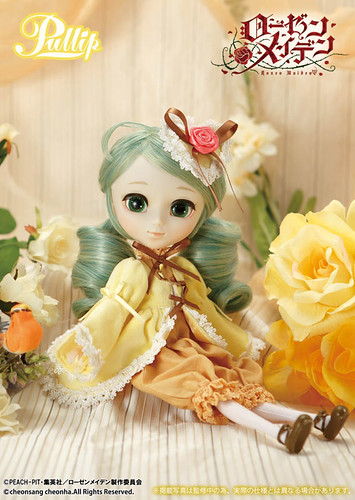 I’m honestly not sure if I prefer the Dal or the Pullip version of Kanaria at this point. 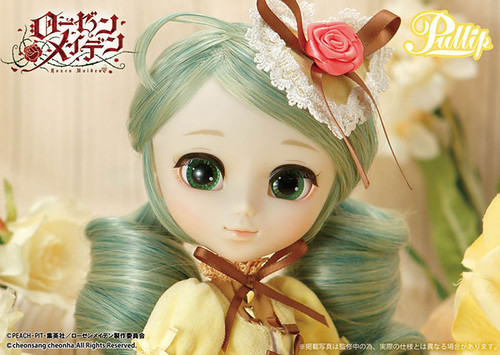 Let’s focus on the positive first, I really love her lips and her demure little eyebrows. I do not like her eye make up at all, it just seems really out of place on her (it seems way too harsh compared to the rest of her face up). Sometimes Groove’s promo photos leave a bit to be desired so I’m hoping that the eye make up looks nicer in person/owner photos. I love her brilliant emerald eye chips.

I love her wig which seems to be a subtle mix of few different shades of green/blue and it seems to be very faithful to Kanaria’s design. 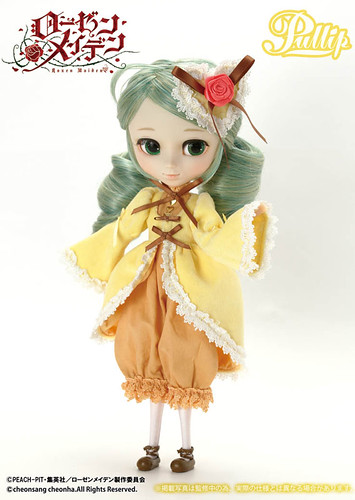 Her outfit looks to be of nice quality, a nice plush velvet-y material. Her outfit seems to have been very faithfully adapted from the anime series/manga. 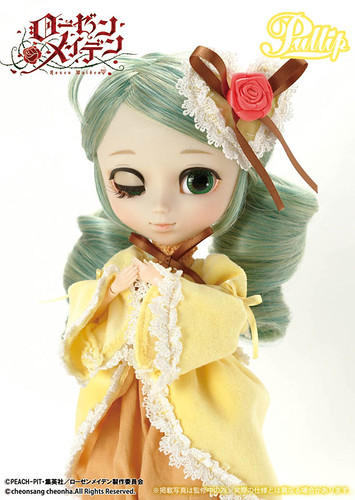 Animaru, the official shop for Rozen Maiden goods once again has an exclusive bonus item available to those who preorder from them. It’s the Jun plushie again which was previously offered as a preorder bonus item with Shinku, Keikujaku, Suiseiseki and Souseiseki. I would have much preferred it if she came with a parasol as her bonus item, the original Dal release came with Kanaria’s iconic parasol and somehow the new Rozen Maiden collaboration series seems to be woefully lacking in the accessories department.

I will update when she becomes available for preorder via Pullipstyle / JPGroove.