Just a quickie via Sailormooncollectibles.com a single promotional photo of Pullip Sailor Mercury has surfaced. No details about her release have been announced at this time ie. when she is coming out/price but at least we have confirmation that the Sailor Moon series of Pullips will be continuing. Hopefully by the time I return from Michigan on Monday, more details and photos will be released. 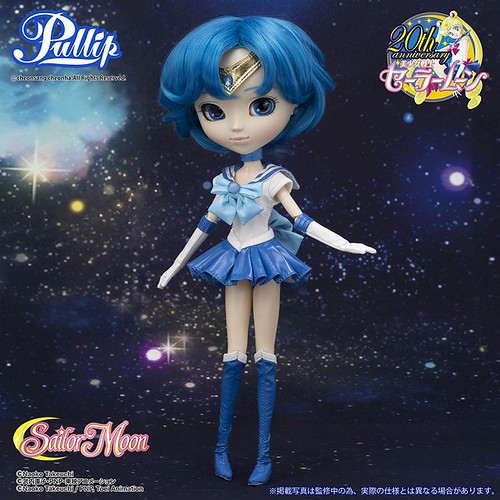 Groove has rather faithfully transitioned Sailor Mercury’s character design into Pullip form. What else does everyone think of Sailor Mercury? Personally I’m pretty happy with this release though I’m not sure if I should pray for the continued success of this collaboration or not as I only have so much space and I am seriously going to need all of the Sailor Senshi that get released in Pullip form and I can see this getting expensive fast!