Groove announced two new dolls via their blog this morning, they are slated for a June release. I assume there will be more dolls released in June, that they just haven’t been announced yet but to start off with we have the Beary Fairy Isul Gosomi and Pang-ju Flower Pang. 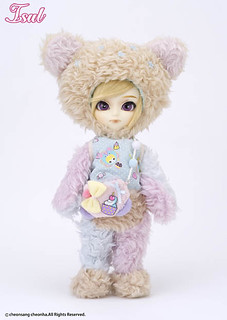 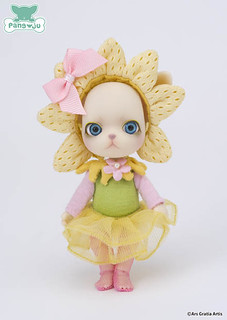 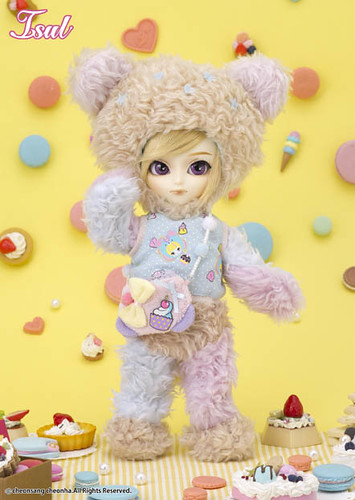 Isul Gomi is only the 2nd Isul released in 2014, the first was Verhelmo the vampire so we are going from vampire to teddy bear. It seems like we are seeing less and less of the other Pullip members while getting an overdose of Pullip releases. So far this year there have been two Isuls, one Taeyang, one Dal and one Byul announced/released while a whopping thirteen Pullips have already been announced or released this year (if you include the LE version of Violetta as a separate doll as she has a different product number, if not then twelve releases). 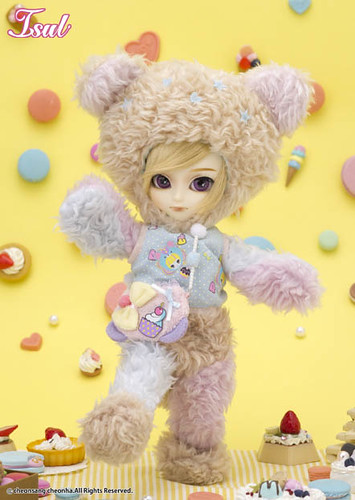 Beary Fairy Isul Gosomi has a MSRP of 15000 yen. He is part of the Beary Fairy series who began with Dal Dalcomi & Byul Secumi in January of 2012 and were later joined by the very popular Pullip Kiyomi in May of that year. It’s been two years since the last Beary Fairy release and Pullip Kiyomi is long sold out while I knew there was a Beary Fairy Isul prototype floating around (there is a Taeyang too) I guess I figured since it had been so long since the other releases Groove had moved on…. I wonder if this means the rest of the dolls from the Korean ghost story series still have a chance of being released because I would totally buy that Byul. 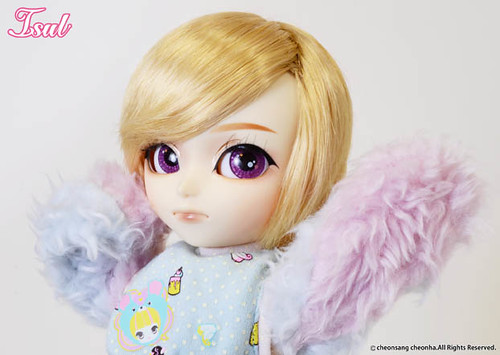 He is actually quite handsome underneath that teddy bear stock. 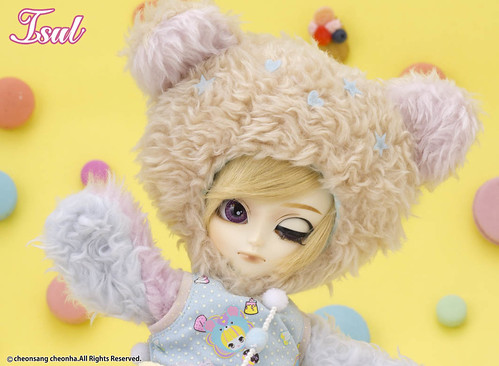 In an ideal world, I’d try and split him to get the doll but in the real world I don’t think I’d be the only one looking to split him for the doll and I personally can’t see too much demand for his stock,  if someone likes his stock they are likely to want the whole damn doll. If I ever see him for sale nude, I will definitely get him but I’m not that keen on the bear stock ^^; . 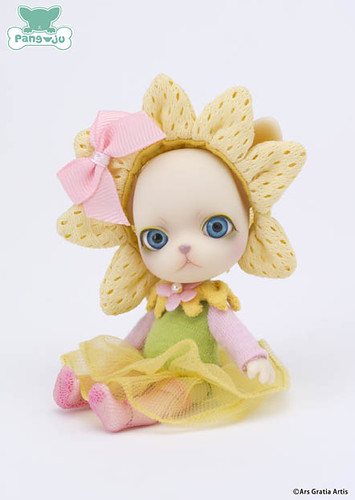 Pang-ju Flower Pang is the fourth Pang-ju release of the year, she has a flower theme. She has a MSRP of 10000 yen. I’ll grant that the stock is ridiculous but it is also absurdly adorable. It seems like Groove pours a lot of their creativity into the Pang-ju, I never saw a flower themed Pang-ju coming. 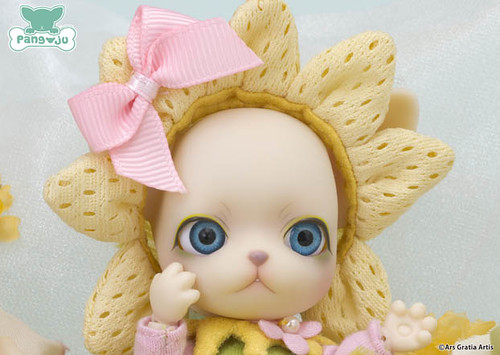 Flower pang is way too sweet. The face up is really cute with nice soft colors, in general I really love the color palette they used for this release she looks perfect for spring! 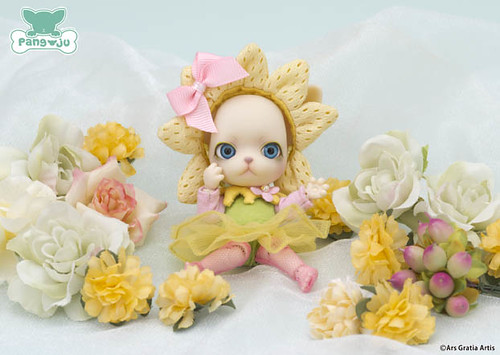 I’m not sure, I will be able to resist this one. I was really trying to stick to only one Pang-ju but with so many cute releases I’m finding it harder and harder to resist.