I am very late to the party on this as Groove announced Dal Manuel via their blog a while ago now, unfortunately during the summer when kiddo is home from school I don’t get much of a chance to focus on much of anything as she keeps me busy.

Dal Manuel is the first Dal released in over a year in half, the last Dal released was Dana way back in January of 2017 that is a long time to go between Dal releases. I was really starting to get a bit worried about the future of Dal as Groove very rarely announces when something is discontinued they just stop releasing it so I was pleasantly surprised when I saw Dal Manuel announced. Manuel is exciting but not only because she is a new Dal but because she is something that I had personally been hoping to see for quite a while, when Groove released the School Diary series back in 2013 they only released Pullip Eloise, Isul Cedric and Taeyang Ethan I had always hoped that they would go back and release a Dal and a Byul to complete the set. While I don’t believe she is officially part of the School Diary series, she will definitely look at home on the shelf next to the others from the series  and school uniforms have been a popular theme for dolls over the years. 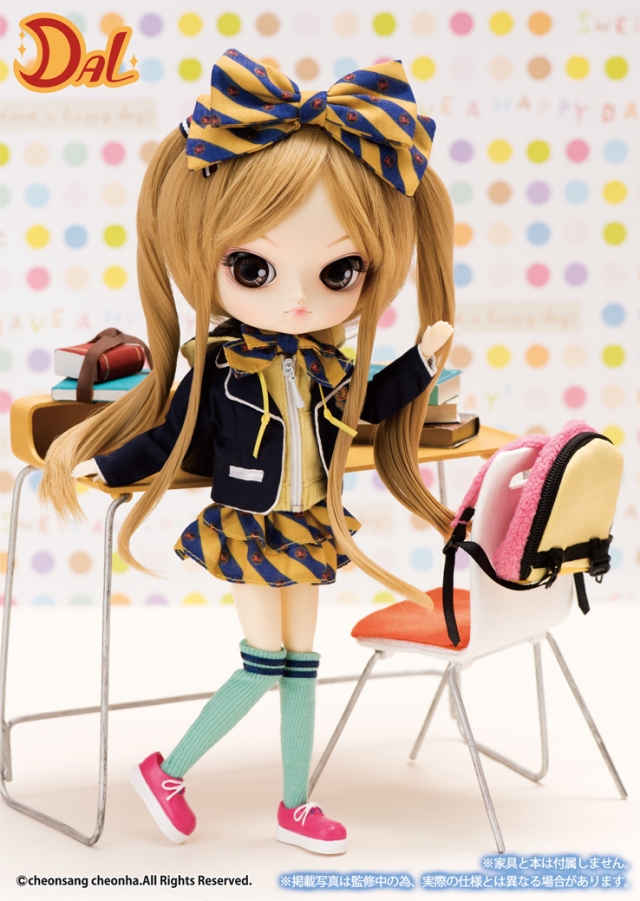 Dal Manuel has a school uniform theme, I like that Groove included some extra clothing pieces so her look/outfit can be mixed up a bit to almost be able to personalize it a bit. As someone who has attended private schools and had to wear nothing but school uniforms for many years any little bit of personalization you can sneak in is key to happiness, my high school had really strict regulations on everything but shoes so I made a concentrated effort to find some of the craziest and loudest shoes possible because that was the only way I could express my individuality.

Dal Manuel is to be released in October and will be released one month later here in the states, Pullipstyle has yet to start preorders but most other retailers have including Groove’s website. Dal Manuel has a MSRP of 20,000 yen which is about $180 as of this writing, which admittedly seems a bit high for a Dal but the price is not without precedent as it is how much Dal Deneb and Dal Quince cost as well plus Manuel does come with a fair bit of stock clothing. I almost feel as though Manuel is a litmus test to see if Dal is still sustainable as a release, with how much time has passed since the last Dal release it’s hard not to so if we as a community want more Dals in the future we really need to take this opportunity to show Groove that we love and support Dal.

I’m very happy with Manuel as a Dal release, her uniform style is a bit of a mix between traditional with elements like the skirt and blazed as well as modernized with elements like the sleeveless hoodie. I love Manuel’s honey blonde wig color and the overall yellow/navy blue color scheme of the school uniform it makes the other colors such as the outrageous pink shoes pop that much more.

I like that Manuel seems to have a little bit of spunk, a lot of the more recent Dal releases have been sweet while they are cute; Dal to me is supposed to have a certain amount of quirkiness to her and I feel like Manuel is a return to form in that regard. 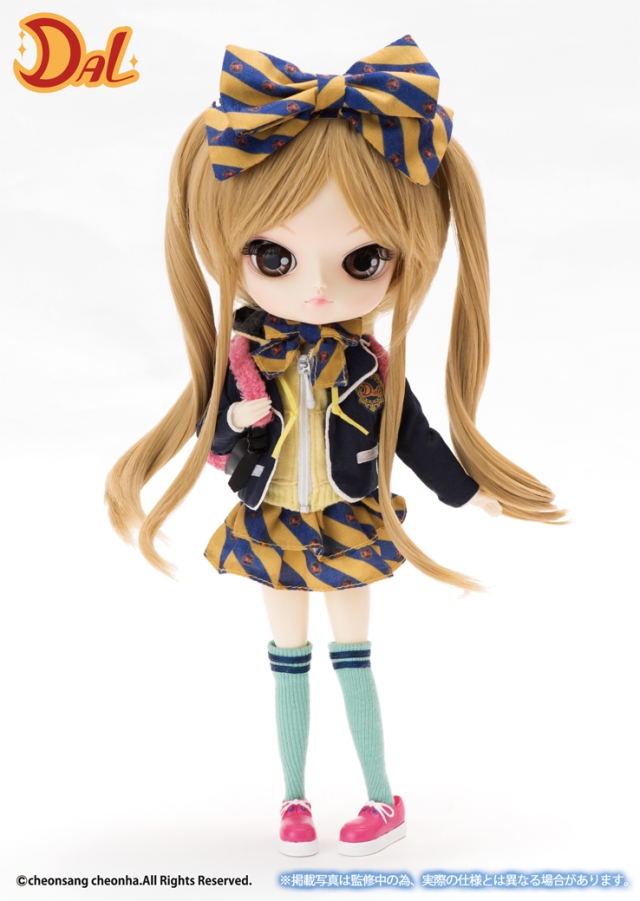 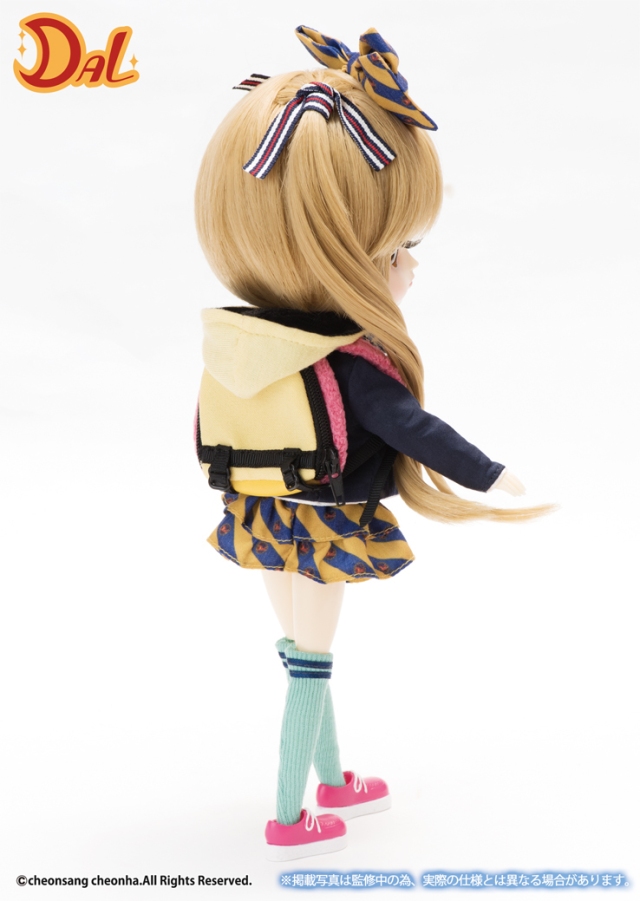 Back view of the outfit. The backpack is kind of interesting, I’m not quite sure I like the style but it is nicely detailed. 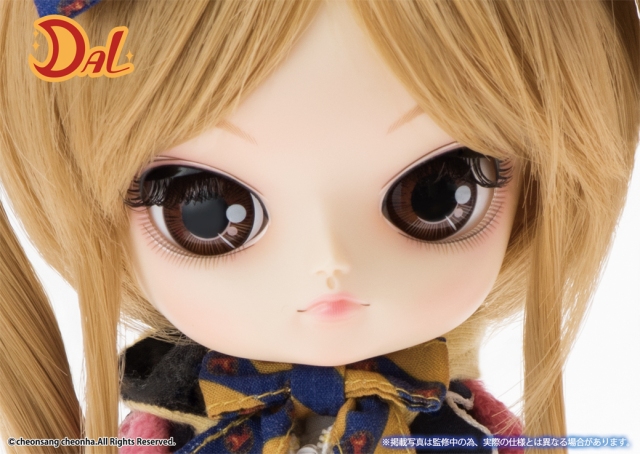 Manuel has a really cute face and I love her soulful brown eyes! I really love the detailing on her lower lashes and her pretty pink lips she looks like she is going to school and is not overly made up with an excess of make up.

Overall I’m really excited for Manuel’s release, I will definitely be getting her and I hope for more Dals in the future!