While Junichi Nakahara is well known in Japan, I am not sure how well he is known in the west so I would like to preface this review with a little bit of information about him and his artistic influence that still inspires many people today! Junichi Nakahara was a Japanese fashion illustrator and artist, he is most famous for creating the Himawari magazine. Himawari or Sunflower (English translation) was a magazine aimed at women and young girls. The magazine was published from 1947-1952 with a total of sixty seven volumes being published, the magazine featured many illustrations by it’s creator Junichi Nakahara as well as from other contributing artists. Copies of the Himawari magazine are still quite sought after today despite being nearly seventy years old they still command high prices on the secondary market. Many believe that Junichi Nakahara’s characteristic art style featuring large eyed innocent girls helped to inspire the shoujo manga art style.

Groove recently released a collaboration doll that was inspired by an illustration from the Himawari magazine’s first year, the appropriately named Pullip Himawari was released in late March in Japan, April in the US. I think the underlying issue for Pullip Himawari at least in the US is that she had the misfortune of being released alongside of Pullip Cinnamoroll, Sanrio’s darling character Cinnamoroll is much more well known in the west so I feel like western fans of Pullips may have kind of overlooked Himawari in favor of Cinnamoroll which is a shame for Himawari as she is a truly lovely doll! 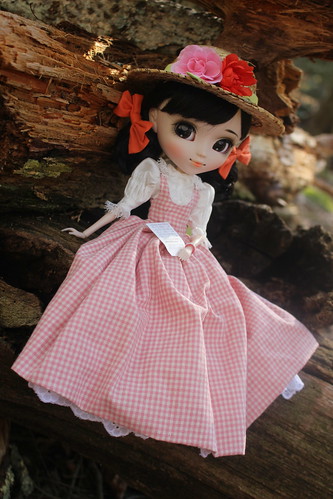 I recently received my Pullip Himawari alongside Pullip Cinnamoroll from Pullipstyle, Himawari is still available for purchase as of this writing but Cinnamoroll has unfortunately already sold out. After several months of feeling like I was kind of struggling to connect to the dolls and feeling like I couldn’t properly focus on them, I have to say that Himwari really captured my interest and inspired me to get out and take some pictures of her. I honestly thought that Cinnamoroll would end up being the first doll I unboxed when they arrived side by side but something about Himawari just made me fall in love. I think she just happened to show up at the perfect time as I just got cleared to stop wearing my carpal tunnel brace which had made photography extremely frustrating and any sort of typing and/or computer work forbidden to me while I still had the brace on, I’m slowly trying to get caught up with everything!

Pullip Himawari in the box. 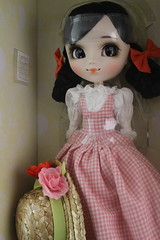 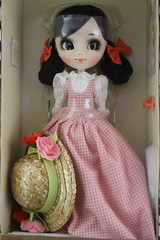 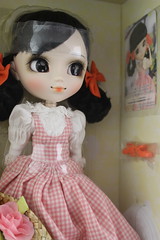 First impressions of Pullip Himawari in the box are pretty favorable, my intention had honestly been to debox and photograph Cinnamoroll first but upon seeing them both in person I was more excited to get Himawari out of the box to play with. I had thought her stock outfit looked simplistic in the promotional photos so I was pleasantly surprised how much care and detail was put into her stock once I had a chance to see it in person, I was especially impressed by how well her petticoat is considering it is an item that was not really designed to be seen.

How’s the wig quality? I think the style is very cute and faithful to the illustration! I have no intentions of letting her twin braids down as I quite like the style but I can say that her hair feels very soft and seems to be of nice quality. I can not comment on her hair would be if you chose to take the braids down, I’m sure it could be done quite easily but putting things back they were would probably not be an easy endeavor. 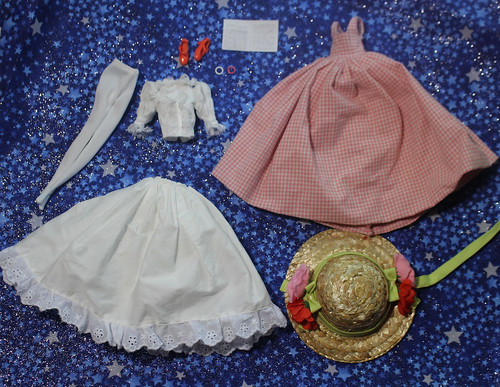 Pullip Himawari comes with a blouse, dress, petticoat, hat, tights, shoes, a sheet of music and two bracelets as well as the two hair bows that I chose not to remove. Overall, I feel like Groove was very faithful to the original illustration that inspired Himawari’s release and was impressed by the quality of her stock outfit.

Let’s breakdown the outfit a little more… Himawari’s blouse is nicely made and very detailed, I particularly enjoyed the lace ruffles that punctuated it as well as the shape of the sleeve. The jumper dress is in a gingham print and is faithful to the illustration, it’s well-made but the petticoat stands out a bit more in terms of really nice quality detail.
The tights are something that wasn’t really seen in the original illustration so Groove probably could have gotten away with Himawari having socks or gasp even bare legs but instead they included some nice thick white tights so I felt like that was a nice touch. The shoes are cute and go well with the outfit.  I feel like Groove went above and beyond by including little accessories like her bracelets that were seen in the original illustration as well as the sheet of music she is seen holding. Her straw hat has been faithfully recreated from the illustration as well, it’s nicely made and I love the flowers on it and the ribbon. Her hair bows are cute but my desire to keep her hair style intact outweighed my desire to try and remove them for photos. 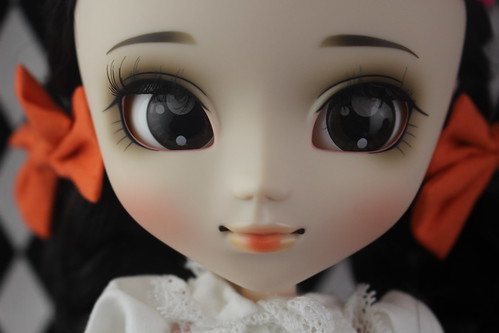 Pullip Himawari has a very unusual face up, her mouth has had the indents in the corners painted black which changes the shape of her smile a bit and almost makes it appear like she has dimples I don’t recall any other stock Pullips have a mouth done quite like this before so I was kind of impressed that Groove keeps finding new ways to change the look of Pullip’s face up without changing the sculpt. Her overall face up style is a bit simplistic compared to other recent releases that have favored more of a bjd-esque face up but I feel like Groove put a lot of effort into making her face up something that was true to the spirit of the illustration. Her lips are nicely done with a darker orange-red towards the center that kind of fades out to a more peachy tone. She has very blushy cheeks, the color is really nice though I had fears it would kind of clash with the more orangey tone of the lips it works really nicely. Her eyes are done in such a way that she definitely makes me think of shoujo manga/anime, she is a wide-eyed innocent her eye make up is painted in such way to make them appear more open and then her eye chips have the characteristic shine like most bishoujo heroines. I absolutely adore her eyebrows, they give her a really happy though perhaps a bit shy expression and they are very nicely detailed. 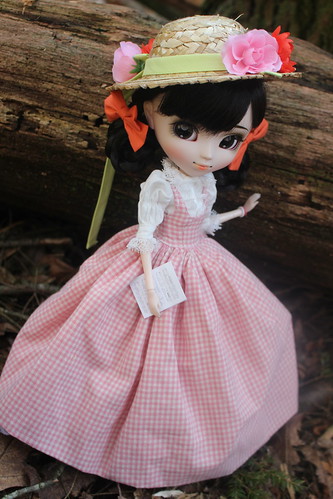 As soon as I saw Himawari for the first time in the box, I was thankful that it was already spring because I really felt almost like a compulsion to take outdoor photos of this lovely girl. She has such a quaint, idyllic quality about her that I really felt like I wanted to take pictures of her in a more natural environment, I just hope my photos have managed to do Himawari justice! 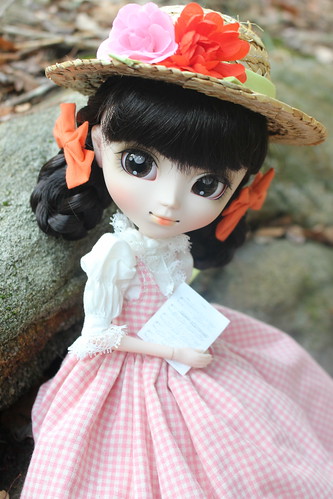 Himawari has an air of vintage innocence about her! 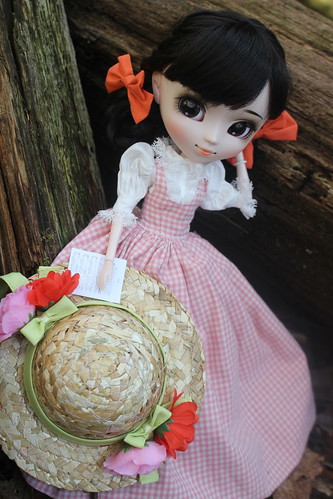 I tried to recreate the iconic pose as best I could from memory, it’s far from perfect but I’m pretty pleased with how the photo turned out regardless. 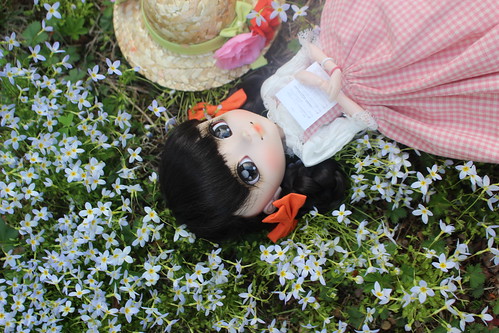 I really feel like Groove outdid themselves with transforming an illustration into a doll, they really did Junichi Nakahara’s illustration justice. 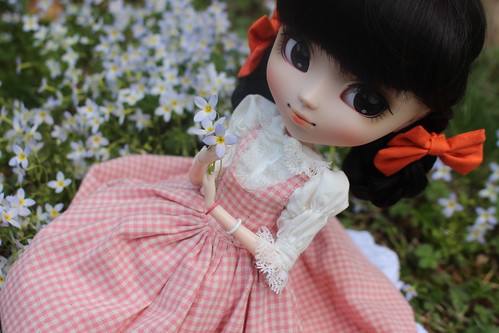 I had a lot of fun taking photos of Himawari, she really inspired me to go outside and take pictures and she is the first doll to do so in quite a while. 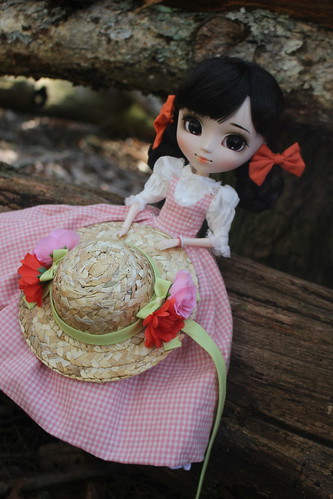 I think even if you are not familiar with Junichi Nakahara’s work, Pullip Himawari is so lovely that she could be enjoyed on her own merits regardless of the collaboration. She kind of has a little bit of a country Lolita vibe similar to Pullip Dita, I would dearly love to take photos of the two of them together someday as I think they would complement each other really nicely! 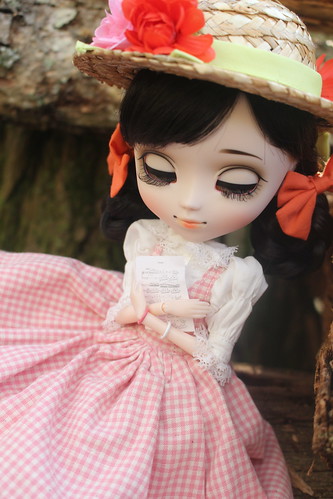 Himawari looks very serene here almost like she is lost in a dream. 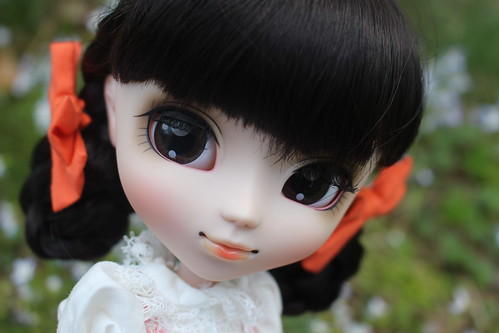 Himawari has such a pretty face! 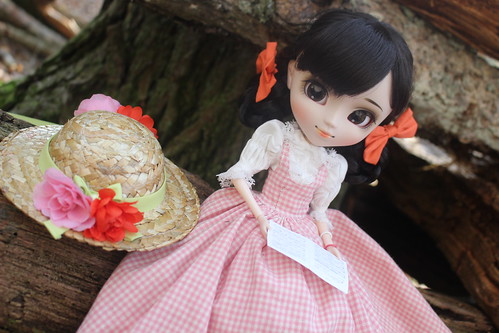 More photos of Pullip Himawari can be seen in her set on my flickr, if you end up being tempted to add Himawari to your own doll family remember that she is still available for purchase via Pullipstyle.

I hope you have enjoyed this review and my hope is to get back to posting reviews with more regularity here soon, I’ve been having a rough time recently so thank you for your patience with me!