Groove announced Pullip Black Lady, the 15th doll in the very popular Sailor Moon x Collaboration via their blog tonight. According to the official Sailor Moon website she will have a MSRP of 18000 yen and be released in December of this year, which means we will not see her until January here in the US.

For those of you unfamiliar with the series, Black Lady or Wicked Lady as she was known in the bastardized American dub was the evil corrupted form of Chibiusa/Sailor Chibi Moon. She made a brief but very memorable appearance in the Sailor Moon R anime series when Chibiusa was corrupted by Wiseman. After several failed attempts Sailor Moon was able to save the day and restore Chibiusa. Black Lady is the first villain to be released in doll form, I wonder if any of the others will be released as well? ::crosses fingers for the Amazonian Quartet:: 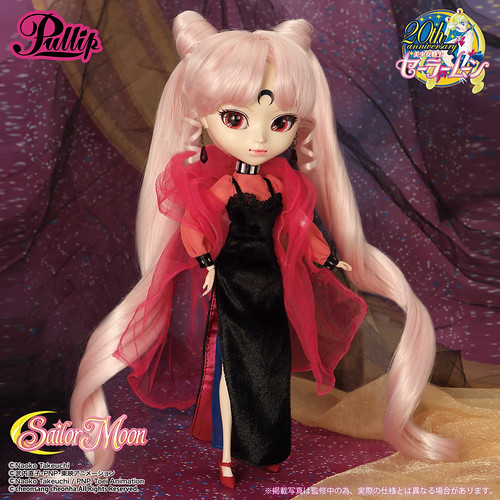 I will be sure to update as more information and photos of Black Lady become available!