JPGroove made a very exciting announcement via their facebook page earlier this morning, they have opened up preorders for Pullip Alura via their website. Pullip Alura is a Dolly Japan magazine exclusive in Japan, this initially left me with dread as you basically needed to live in Japan or have a very good connection with someone in Japan to be able to preorder her; I’m so happy that JPGroove is able to offer her for preorder for us international fans of Pullip.

Normally magazine exclusives are announced way ahead of release, the companies generally need lots of lead time to produce products for these types of preorders because of this Pullip Alura will not actually be released until October. JPGroove is saying that she will also be released in October here in the US. She is priced at $150. 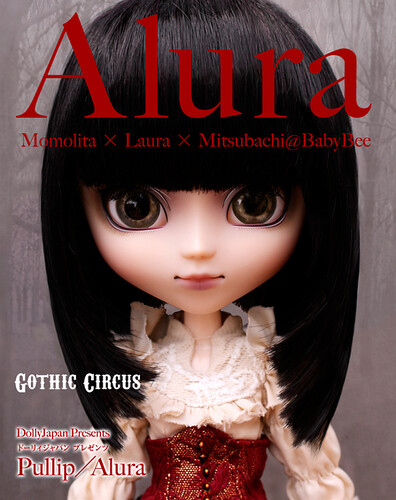 Pullip Alura is a collaboration between Mistubachi@BabyBee (face up) x  Momolita (outfit) x Laura (photographer/stylist) . She is the second doll produced by this collaboration the first being Pullip Laura (they share a face up but are styled/dressed differently). 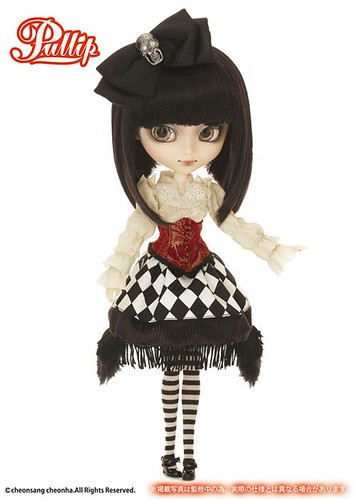 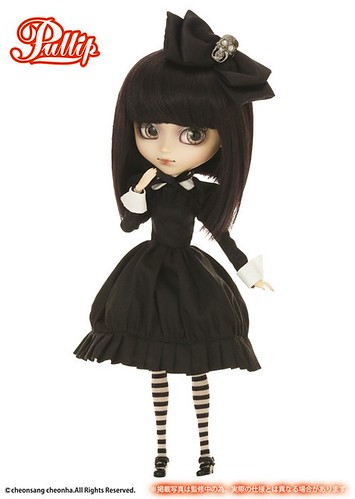 as well as a classic black dress which reminds me a bit of Wednesday Addams. I think I prefer this look personally!

Alura can be preordered at JPGroove here – remember she does not come out until October (very fitting that this kind of creepy girl will be out just in time Halloween)!

Like Loading...
This entry was posted in Pullip and tagged alura, Dolly Japan, jpgroove, laura, Pullip. Bookmark the permalink.