Groove has revealed the next two dolls in the Sailor Moon x collaboration series via their blog last night. Not a lot of details have been released about Sailor Uranus (blonde) and Sailor Neptune (green hair) yet, they do not have a set release date but I am guessing they will probably be released in the June or July time frame. There is also no word on MSRP but I assume they will be 17000 yen like the majority of the other Sailor senshi. Both dolls will be on display at Doll Show 43 Spring on May 5th, I really hope that some good photos from the show surface so we can get a closer look at these two! 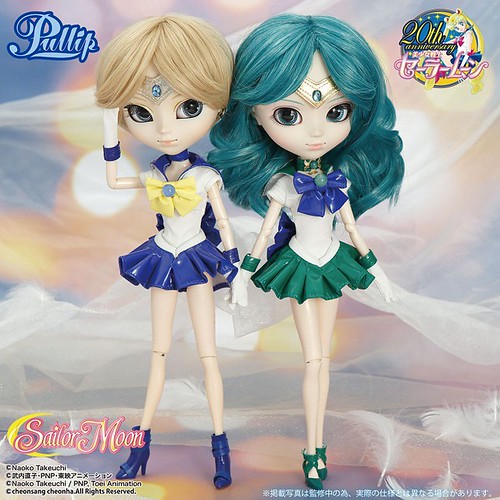 I think both dolls look utterly fantastic so far! I look forward to getting a closer look at them in subsequent promotional photos.