Normally I review dolls as they arrive, sometimes dolls slip through the cracks and never get a review Jaldet is one of those dolls. This review came as a result of my agreeing to trade my spare NRFB Jaldet to a friend of mine in Australia (I’m getting an amazing custom), as I deboxed her I realized that well she really is a special release that gets overlooked a lot and that well there really weren’t many photos of her so I decided to take some pictures before packing her up. I decided she also needs a review here as she somehow never got one.

Jaldet was released way back in February of 2011, she has a gothic mermaid theme.  Groove gets a lot of criticism these days for not having very original releases anymore (lots of collaborations or re-colors have been released recently) and well Jaldet is definitely a very unique concept. I don’t think I’ve ever seen a gothic mermaid with a top hat anywhere else before or since. Jaldet has a MSRP of 10000 yen. I honestly can not recall where I bought this one in particular but Pullipstyle currently has her available for $92 and JPGroove has her available for $99.99. 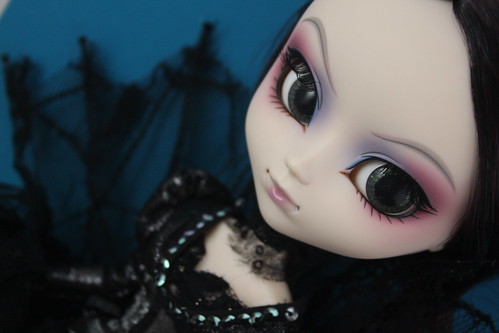 I am going to care for my world… Now come, I will bind you to my world with my thread… Feel Like So 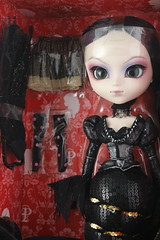 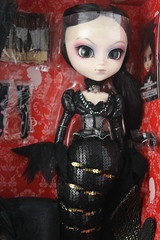 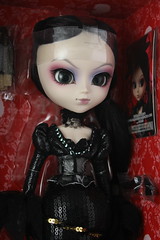 Jaldet comes with a top hat (with real feather accessory this is just a heads up if you are concerned with such things), fan tail accessory, choker, mermaid tail, panties, bra, tutu, jacket, shoes and curiously adorable polka dot socks. She is also comes with the standard card and stand. I really don’t see very much of her stock being very versatile unless you like gothic/Halloween themed outfits that is. Stock quality? I’m not a fan of that tail, I’ll elaborate  on that later my only other complaint is the bra must be made with the jacket otherwise she’ll be a bit exposed on the bright side the shirt will fit older Pullip releases quite nicely it’s just the type 4 that fails to fill out the top. Also of note, her fingernails are painted black I believe she is the only Pullip released so far that has black nails. Jaldet’s wig is a mix of black and so dark it’s almost black red hair, it’s decent quality and I do like the style though I normally prefer wigs with bangs the bangs-less look really works on her. 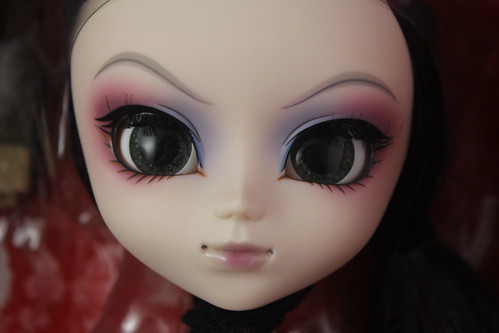 Jaldet definitely has one of the most dramatic stock face ups ever seen on a stock Pullip face up. She is also the only Pullip that I can think of that has intentionally has asymmetrical eyebrows. I love how her eye make up has a progressive gradation from blue on the inside of the eye to a purple-reddish on the outer side of the eye. Her eye make up is really dynamic, I just can’t get over how divinely wicked it looks. Her lips are really nicely done as well. The eyebrows are really unique, they are more stylized than what we normally see on Pullip but they really work for her and I love the facial expression they seem to give her. 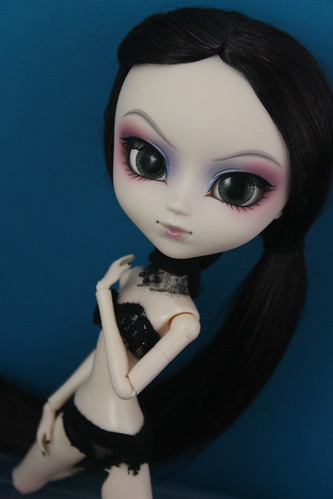 Jaldet has some pretty sexy lingerie on underneath her stock outfit. 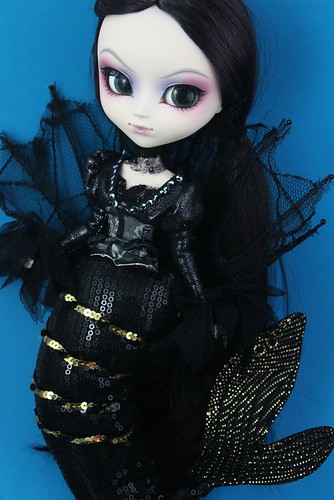 That tail! Oh, that tail don’t get me started on that tail. The tail is sequined primarily in black with some golden highlights, my main issue with the tail is it is rather plump , it’s padded and not that evenly so it looks slightly misshapen. Compared to how super slim Pullip’s upper half is the tail looks kind of out of place. I think the sequins are supposed to be suggestive of scales. 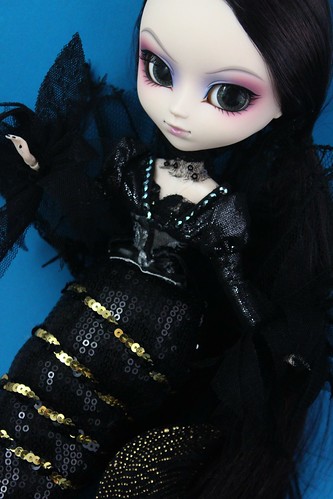 She reminds me of Ursela from Disney’s the Little Mermaid a bit. 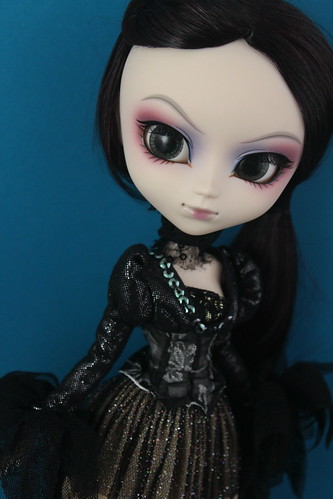 On the bright side, she does come with a nice sparkly tutu if you decide that the tail is a little bit too extreme for you. It really seems like a missed opportunity to really run with the theme and give her a mermaid skirt. 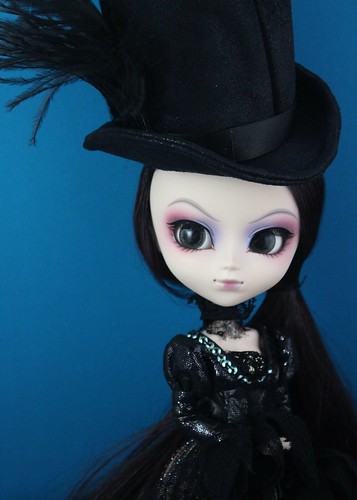 The top hat is pretty cool, I wish more Pullips came with top hats or just hats in general. 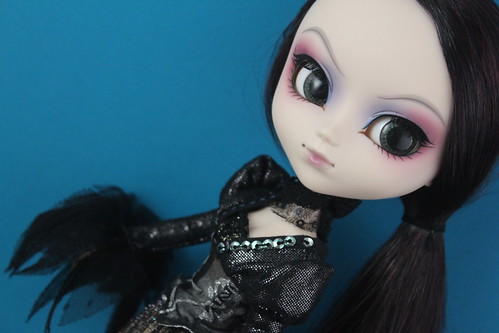 Why did I get a second Jaldet? My original plan was to turn her into a villain but I’ve had her for a while now and never got around to commissioning her outfit so when the recent trade opportunity came up I decided to trade her. She is a truly lovely girl that definitely deserves more attention, I just hope her new owner loves and appreciates her. 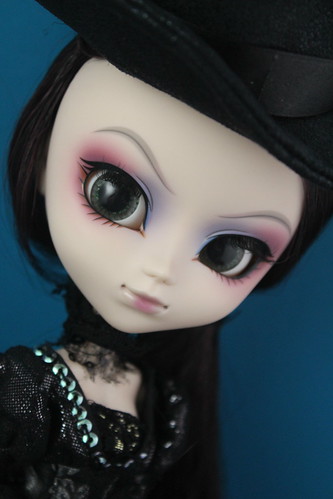