I normally limit my write ups to dolls I buy that are NRFB  or at least complete with all their stock/accessories but I recently bought a nude Dahlia Cinderella and decided to take her with me to the park yesterday for photos. A combination of there not being many owner photos of Dahlia Cinderella and my photos turning out nicely led me to a decision that she deserved a write up. 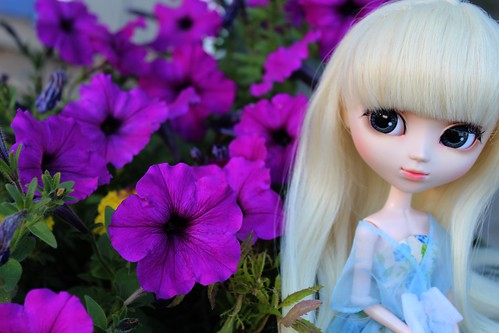 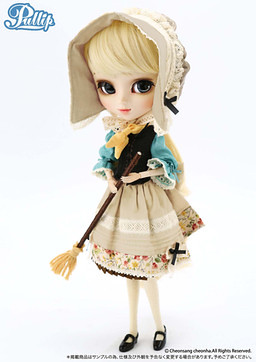 I didn’t care for Dahlia Cinderella’s stock, it’s cute it just isn’t my style and since I probably won’t be collecting this entire series of dolls I didn’t consider her stock to be essential. Please note, I can not comment on her stock as I never got a chance to see it in person/handle it. Her wig is nice quality, the color is lovely my only complaint is that her bangs were a little overly long so please be aware that I ever so slightly trimmed my Dahlia’s Cinderella’s bangs so you could see more of her pretty face. 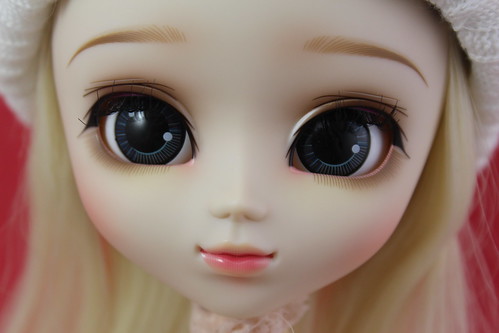 And what a lovely face up it is! Lovely touches of pink and those peach lips are to die for! She has really nice eye make up and I love her eyebrows, they look slightly sad or worried to me which suits her character (a pre-transformation Cinderella) really nicely. 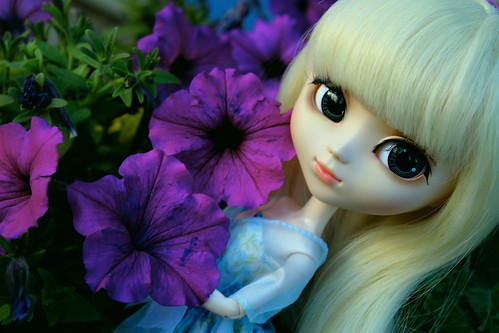 I gave her the rather uninspired name of Cindy, I had started calling her it when she first arrived as a nickname and it managed to stick somehow. 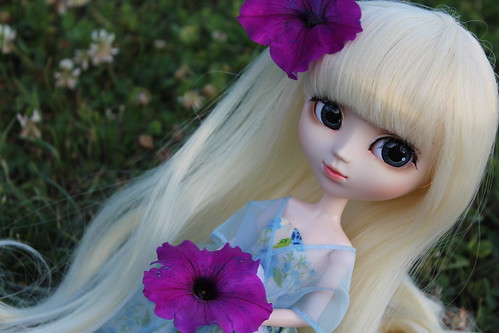 I’m glad that I bought her even if it was just as a nude, she looks exceptionally lovely. She almost looks like she could pass for a certain other Disney princess with ice magic, I’m tempted to break out my Frozen dolls and put Elsa’s dress on her. 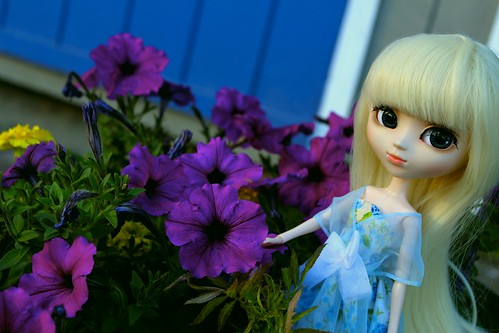 She is wearing a Takara Jenny dress that I bought especially for her in the photos, somehow it seemed sacrilegious for her not to be in blue. 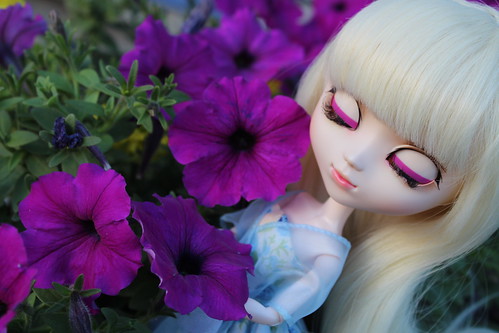 Her eyelids have a lovely splash of violet, I was a bit surprised by their color as she doesn’t really have any violet coloring anywhere else but it does look beautiful on her despite it. 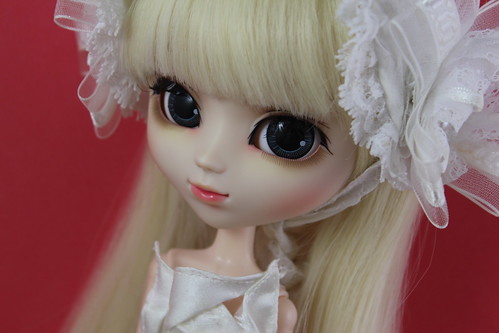 Some pictures I took of Dahlia Cinderella when she first arrived, she is wearing bits and pieces of J-doll and Pullip stock in these pictures. 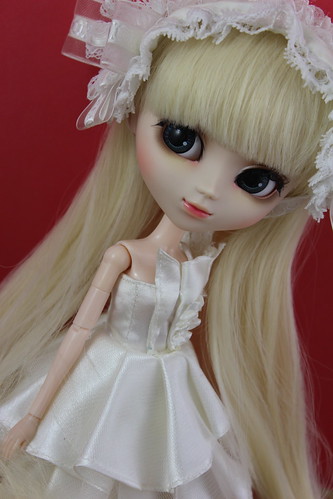 More pictures of Dahlia Cinderella are available on my flickr. If you are interested in adding her to your doll family, she is available on Pullipstyle. 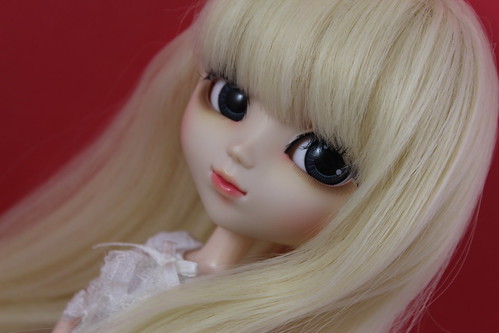 I hope you have enjoyed the pictures of Dahlia Cinderella! Pullip Hino should be the next doll review!